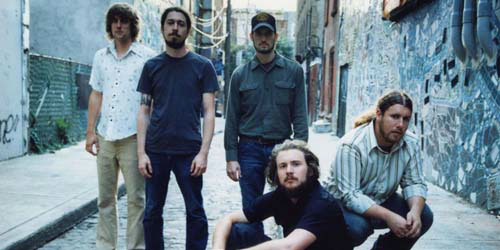 Probably Kentucky’s most fine group of rock musicians, at present date, five piece [tag]My Morning Jacket[/tag] will be broadcasted on Current TV. Tune in now to Current TV to catch a glimpse of My Morning Jacket’s special performance with the Chicago Youth Symphony Orchestra at last year’s Lollapalooza through the eyes of their fans during a one-of-a-kind “All Eyes On.” Current’s collaborative program enlisted the help of the band and their fans to shoot footage of “My Morning Jacket’s” festival performance usng video cameras, digital cameras and cell phones. The show will air tonight, January 29, 2008 premiering on “All Eyes On” at 10 p.m. PST / EST.