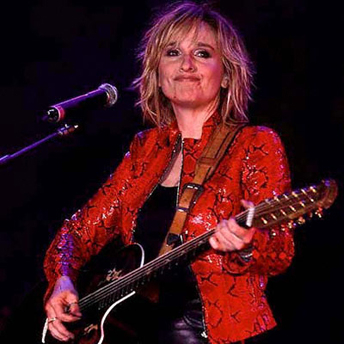 Others are going to sing there but they are the headline. The concert is going to be Dec. 11 and other artists are Earth Wind and Fire, Colombian singer Juanes and Scottish singer-songwriter KT Tunstall, organizers told The Associated Press.

They should be delighted because not just anybody sings at a nobel concert. This goes as a sign of further recognition for them. This year’s Nobel Peace Prize went to former U.S. vice-president Al Gore and the United Nations’ Intergovernmental Panel on Climate Change for their efforts to help spread awareness about man-made global warming.

Organizers said that Gore wanted Etheridge to sing at the concert which is held a day after the award ceremony in Oslo. The winner is given the opportunity to invite an artist of his choice. Etheridge won an Academy Award this year for the song “I need to wake up,” which could be seen in Gore’s environmental documentary “An Inconvenient Truth.”. She has released her ninth studio album, The Awakening. It is another pack of good tracks.

Lennox, a former member of British pop group Eurythmics is going to release her fourth solo album, “Songs of Mass Destruction,” this month, while Keys, a nine-time Grammy Award-winning Soul and R&B star, is due to release her third studio album, “As I am,” on Nov. 13. The concert promises to be very good.