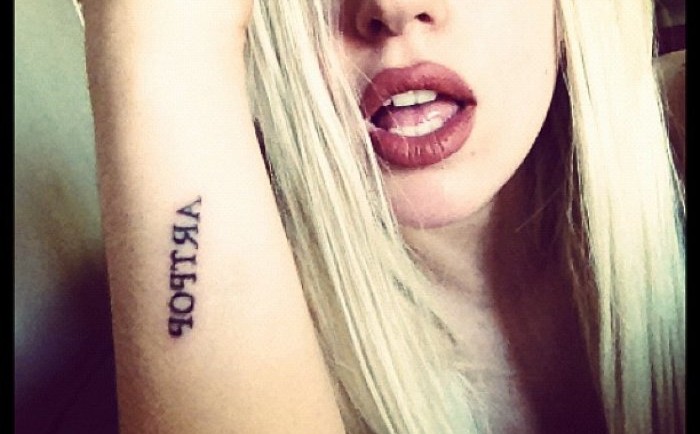 Last Friday, Lady Gaga, now 26, posted on her facebook page a picture with a tiny tattoo on her wrist, that seems to represent her next album’s name, which is: “ARTPOP”. She specifies, in a twitter post, that she wants “ARTPOP” to be written with capitals :

make sure when writing about my new album/project ARTPOP that you CAPITALIZE the title, *its all in the details* good morning twitter! 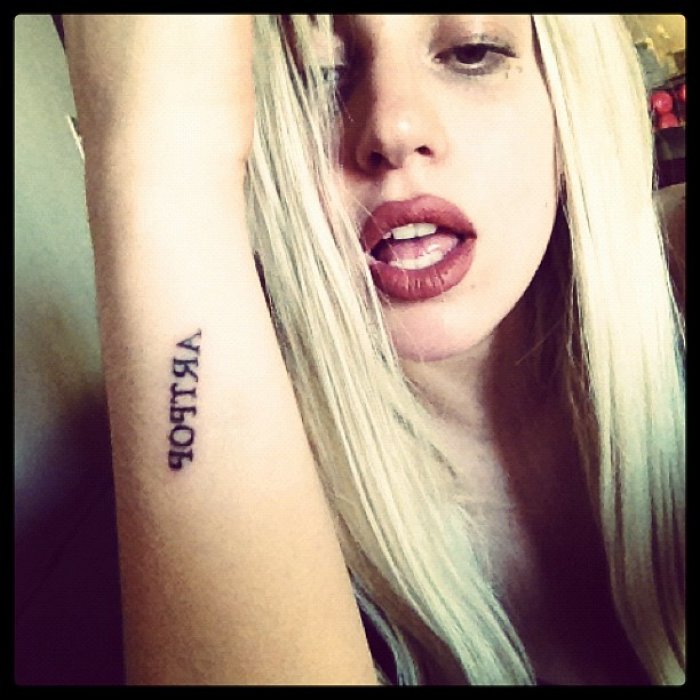 She actually informed her fans that the name of this so much wanted album, will be revealed in September, but it seems  that she changed her mind and wanted to surprise them, as she always does in her erratic way.

As far as we know, about this new Gaga Project, we are sure about a few things: the name of the album, the capitals and 2 possible  songs ( first one, which actually is a piano ballad she debuted in Melbourne’s stop of her Born this way tour, “Princess Die”, the second is a song that she played on her car during an autograph signing in New York).

This is not her first tattoo, actually she has several more that can be seen in her videos, like that huge tattoo with roses on her back, or the peace sign on her other wrist, the unicorn tattoo, the daisy tokyo love one, and the last one which is a quote in german from her favourite philosopher the german poet Rainer Maria Rilke, which means: “In the deepest hour of the night, confess to yourself that you would die if you were forbidden to write. And look deep into your heart where it spreads its roots, the answer, and ask yourself, must I write?”. I wonder, what will be next?