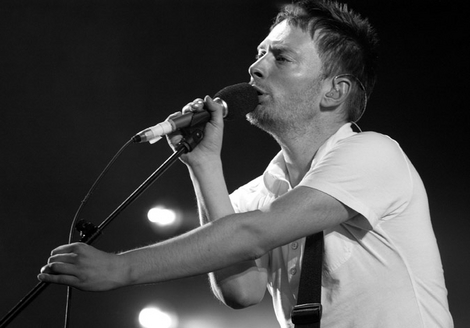 Last week, [tag]Radiohead[/tag] guitarist and songwriter Johnny Greenwood participated in a series of interviews, among other revealing the fact that the band intends to concentrate on touring, now that In Rainbows is out. It didn’t take long for the rumors to be confirmed, so yesterday the band’s publicist announced that a Radiohead tour is soon to follow in spring, while the band’s manager was kind enough to report some extra details on the matter:

“We plan to tour next year, starting in May through to probably the end of the year. With lots of holidays in that period,” says Bryce Edge of Courtyard Management, the firm that manages the band. “At the moment we are talking with our agents in North America and for the rest of the world, trying to get a schedule which works for the band and works financially,” he adds.

Radiohead has never been a band that likes to tour, not that their live shows are any short of spectacular, but the whole concept of schlepping around the world doesn’t sound to appealing to Thom Yorke and co. “They’re not road dogs. They never have been.” says their manager Edge.

On an other note Edge has also dismissed the rumors allegedly stating that In Rainbows had been downloaded over 1.2 million times, people speculating that a average 8$ per copy the band would make a killing. The confident manager said that the rumors “exaggerated” and not fonded, saying that they’ve yet to receive any statistical data, concerning the number of digital copies delivered. Apparently they’re still waiting for the whole RH fever to calm down, before fetching any data from the servers.