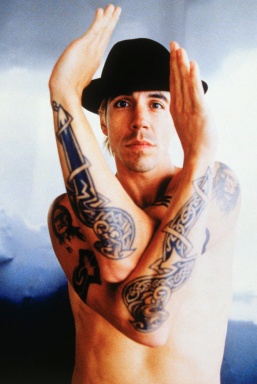 Whoa there just for a minute; they didn’t break up or anything, they just decided to take a well deserved break, of at least a year. With the situation being as it is, Anthony Kiedis has taken on a new role as festival curator for Pittsburgh’s New American Music Festival August 8 – 9.

Besides that, he took the time to talk to rolling stone, and he definitely has some interesting things to say:

“We’re disbanded for the moment … Cooler heads prevailed and the discussion at the end of our last tour was, ‘Let’s not do anything Red Hot Chili Peppers-related for a minimum of one year, and just live and breathe and eat and learn new things.'”

I’m not really sure who came up with this idea, but it’s way better than a possible argument. Also, not getting together for a period of time could be very inspirational. It was very tiring for them to sustain the kind of effort that made them perhaps the most acclaimed band of the past year.

I was about to have a brand new son. Flea is very inspired to re-up his musical direction and ability and skill and he wants to learn new stuff. John [Frusciante] has been firing away on his own, making different solo projects. And Chad [Smith] joined a jazz band and went to Japan.

“I’m just home, hanging out with this really cool little kid, learning how to surf. But I’m starting to get just a little bit of a tingle that it would be nice to start thinking about songs and pieces of music. But just pieces.”