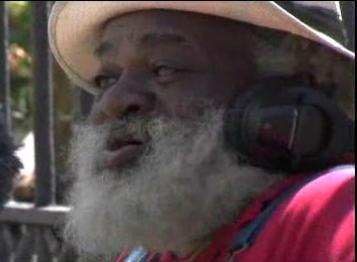 Stand by Me Grandpa Elliot

Ben E. King’s classic song “Stand By Me” will forever remain a classic. It’s uplifting and heart warming vibe it brings when played is incomparable, and along the years Stand By Me has seen thousands and thousands of covers, remixes and rehashes, but I don’t think one comes even closer to this collective artists rendition. Tears may fall…

The song starts with a beautiful, bluesy guitar and vocal line by Roger Ridley, a well known street performer from Santa Monica, Ca, after which it gets picked up by New Orlean’s Grandpa Elliott, who adds some beautiful harmonica and vocals, and Washboard Chaz, responsible for the song’s all too popular percussions. And so the song boings around the world, being picked up by artists from all across the world, be it Rio de Jainero, Amsterdam, Rome, Paris or South Africa.

Just click play bellow and feel the music. The cover is part of Playing for Change‘s feeling through music project.

Playing For Change | Song Around The World “Stand By Me” from Concord Music Group on Vimeo.