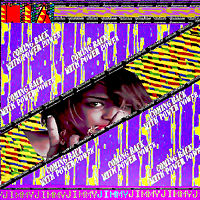 The Sri Lankan originated artists [tag]M.I.A.[/tag] has released her newest video, “Jimmy”, the second one from her second album, “Kala”. The single itself will be released on August 13, after it made its debut in Japan, in early July. “Jimmy” is a remixed cover of the hit Bollywood ’80s sensation “Jimmy Jimmy Aaja”, sung by the classic hindi pop singer Parvati Khan, as part of the “Disco Dancer” soundtrack. The video itself, features M.I.A. dancing in a traditional Indian outfit, in a sparkling golden dress, together with similar jewelery, occasionally she is seen in Western clothes in contradiction to the traditional clothing.

And the original video:

I personally like the M.I.A. version, if i was a Bollywood movie raised, ’80s child I’d prolly go with the original.