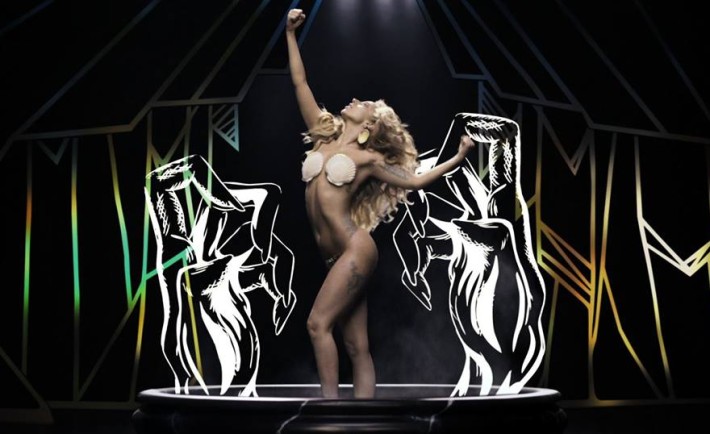 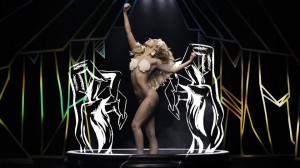 The first Lady Gaga video, Applause,  in 2 years was finally released and actually reached 5 Million views in less than a day, (I bet that at the end of the day it will have more than 6 Million views) on YouTube (Isn’t this crazy). It wasn’t an actual surprise for me, because I can understand how all the fans really expected for this new video to be released, I mean come on, it past almost 2 years since she released something, I can understand why everybody was so excited to watch her new material. Also the song is new as well, Applause, is one of the song from her new upcoming album,ARTPOP, which is available for pre-order if you access her official website.

About the video: is very interesting and very artistic as well, a combination between art noir, colors, some Madonna, Boticelli’s Venus or Beyonce (I can’t figure out). It’s so weird that I kind of like it. (But a little bit too mainstream for my eyes).

According to Gaga, the video is:

‘APPLAUSE’ starring LADY GAGA. A film in black+white, color, and handpainted film. Directed by Dutch Photographers Inez van Lamsweerde and Vinoodh Matadin. A Music Video where B+W and Color battle in a bid for your Applause! Its inspired by the entertainers passion for shapeshifting. Would you do ‘anything’ for the Applause? Iconography in motion, as magic.

About the song: oh well, when it first started I thought that I’ve clicked on another video or something, because if you ask me, this material is a little bit different from her latest songs, ( I mean, compare Applause with  Judas). The way she uses the voice is new for me, and kind of reminds me of Lady Gaga when she was just Stefani Germanotta (just a little bit), but I have to say that I don’t like the chorus. I also have to say that I was expecting more from her.

And of course, check out the original Applause video. Enjoy!