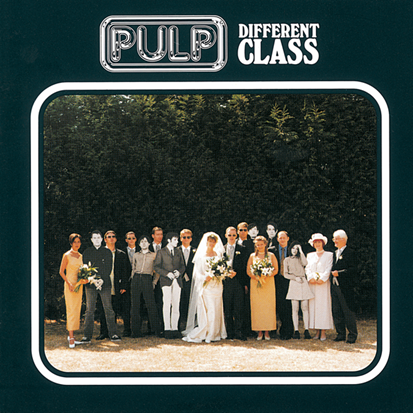 I’m back! Did you guys miss me? No? I’m honestly not surprised, but I do feel bad about falling off the radar yet again. That’s not to say my interest in writing these columns has waned at all. I wanted to publish something this month, and today may be my only good chance to do so. I wrote this last July after returning from a whirlwind trip to the UK, but I’m just bringing it to the masses on ZME for the first time now. You’re welcome, Britpop fans. There’s more where this came from. But for now, enjoy me dissecting, rearranging, and unconventionally worshipping one of the Britpop era’s true masterpieces, Pulp’s 1995 earthcrusher Different Class.

12. F.E.E.L.I.N.G.C.A.L.L.E.D.L.O.V.E. (Track 9)
This is the only song on Different Class that feel at all overlong, which is odd since the song itself isn’t by any means bad. It has business being six minutes, but in the context of the second half/side of the album, it’s the one I skip over the most. Plus, it’s a pain in the ass to type. So, cellar.

11. I Spy (Track 4)
This song was my first exposure to Pulp. Sometime in the late 90’s, my friend Patrick came up from NYC for a visit, and brought the Mission: Impossible soundtrack with him. “I Spy” was a pretty cool song, but because, in the context of Different Class, doesn’t quite measure up to the rest of the album, it’s pretty low on my list. I wish I could be nicer to this one, mostly because it features Cocker saying “take your year in Provence; shove it up your ass.”

10. Monday Morning (Track 11)
It’s undeniably the weakest link within the dynamite trio of songs that closes the album, but it provides a good, almost uncertain, link. Nothing particularly different about the lyrics (you’re done with school, you don’t see your purpose, what now?) but it holds the whole thing together pretty well.

9. Sorted for E’s and Wizz (Track 8 )
“Is this the way they say the future’s meant to feel?” I know how many classic rock songs are about drugs, but that’s the best line that’s ever opened any song about drugs. I don’t care if you disagree with me, hippies! Go suck on a bong and listen to String Cheese Incident. I remember when SPIN tried to be funny once they suggested never including this on a “Welcome Home from Rehab” mix. Your cleaned-up friend should be so lucky! 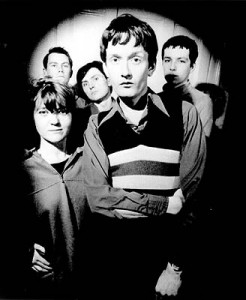 8. Live Bed Show (Track 6)
The halfway point, and has the whole mid-90’s kitchen-sink operetta desperation to it, if that makes any sense. Well, listen to it and you’ll get the idea. Probably the best “la la la la la” succession to come out of Pulp’s oeuvre. I dunno.

7. Something Changed (Track 7)
Probably the cleverest lyrics on the record: “I wrote this song two hours before we met. I didn’t know your name, or what you looked like yet.” It tackles that all-too-common WHAT-IF dialogues we have with our brains. What are the millions of different factors and choices I could have made that would have kept me from meeting someone important? A ridiculously good tribute to the concept of fate in a way that wouldn’t creep anyone out if you brought it up on a first date. It’s only down at #7 because, musically, it blends into the walls a bit more than some tracks on here.

6. Pencil Skirt (Track 2)
No one has ever made an affair sound so incredibly cool. I’ve been “the other man” before. I was unaware of my status at the time (just for the record, I’d thought she and her boyfriend had broken up), but I kind of wished I had known since it’s a pretty sweet and cheap thrill, at least as Jarvis and Co pulled it out. The chorus brings the chills.

5. Mis-Shapes (Track 1)
Hey there, we’re Pulp. Can we come in? Well, too bad, because we’re going to. We’re not trying to break anything, but we’re going to kick your ass unconventionally. Don’t understand? Well, we’ll make you understand! Check out this song about how spoiled rich kids aren’t much different than the cockney rejects who line the streets. Yeah, you like it? Well, you’d better because you have no choice!
Okay, so basically, when Britpop hit, Pulp had the window to put out a great album and immortalize themselves, and they completely nailed it.

4. Common People (Track 3)
Pulp had a handful of hits, and Jarvis is doing well now in his mid-40’s as a pop artist, but this is what he’ll always be known for. And for good reason. Simply put, it’s universal, outstanding songwriting. He skewers rich “culture tourists” who for some reason assign glamour to being dirt-poor and sleeping with roaches. A good domestic example would be the gutter punx who sit around in Cambridge Square in Boston. Most of their parents are high-powered doctors and lawyers. They can pose and pretend their lives are a constant struggle, but the second the shit hits the fan, “if you call Dad he could stop it all.” Classic.

3. Bar Italia (Track 12)
Whenever I’ve been asked about my favorite final track of any album, ever, this is my go-to. It has such a pleasant air to it without being too airy or vacuous. It’s basically about the horrid circumstances of a hedonistic lifestyle, and that no matter how close to the bottom we come, things are going to be alright. Considering how that’s the note that Pulp leaves you with to end the record, Different Class leaves you smiling unlike anything to come out of Britain in this era, even Supergrass’ early stuff. And Supergrass’ early stuff makes me incredibly happy, no lie.

2. Disco 2000 (Track 5)
This is probably the best pop single that Jarvis has ever written. Two star-crossed lovers, dealing with the reality that they aren’t meant for each other after all of these years, face some facts. That’s the sense I get from this song. That line toward the end “you can even bring your baby” gives you that piece of mind. All I know is that musically it rocks and moves you more than pretty much anything on here other than…

1. Underwear (Track 10)
Lyrically subversive, like most of Jarvis’ writing style, but musically a grand slam. I can’t really put my finger on what I like so much about this song, and why whenever I hear the opening chords and march of “Mis-Shapes,” I’m looking forward to hearing “Underwear.” Even just the title of the song has a certain campy value to it, but the words and exceptionally produced music here are all business. I think that this song, kind of like “Pencil Skirt” sounds exactly like a beautifully directed film noir scene looks. Does that make sense? Maybe a little?

If Jarvis Cocker somehow finds and reads this, I’m willing to accept the consequences for butchering the meaning of his lyrics on almost every song (probably). Is it disrespectful to Michael Jackson’s memory to put a giant post up praising the work of the one man who was ever willing to publicly knock MJ down a couple of pegs (other than Michael himself?) Nah. I just really like this record, like millions of others.