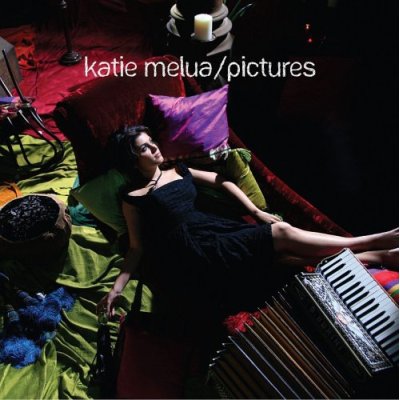 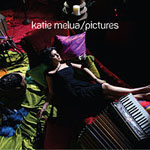 There are those who admire and find great rewards in listening to Katie Melua and there are others who find that her music is just for your grandmother. But most listeners are just not understanding her. Her songs are not just sung, but emoted. They bind naivety, innocence, loss or hope and many other feelings together; and her voice is just right for that. It is vulnerable, wistful, smoky, joyful and mournful and fits in with her music.

She works with songwriter and producer Mike Batt and this is their third collaboration. Some think that the banality of some of the lyrics are the downside but they just fail to understand what her music is about. It is about melting your troubles and making you step in the colourful and silky world she creates.It is hard to talk about the tracks because you have to listen to them to truly get that feel; but there are some things which are worth talking about.

It starts with Mary Pickford which is dedicated to the actors who formed United Artists. It is playful but the rhymes which are hardly pushed in to fit the lyrics spoil some of her vocal charm. The magic she creates with the hook in her voice is there and it she is not so vulnerable as it was. What it Says on the Tin is slow and has that jazzy feel which fits with her. Tracks which stand out are If You Were a Sailboat with lyrics such as “If you were a piece of wood, I`d nail you to the floor.” and Spellbound which she has written entirely; it is very nice and smooth and it gets in your head.

The big problem with it is that it does not do the voice justice. She does not stretch herself and hangs around in the lower registers but she manages to create lovely music without the backing of a major label. At just 23 she has mature tracks which make you think that she is way older than her age but she also shows some of the most charming and innocent tunes you have heard.