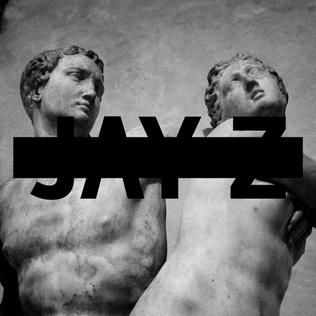 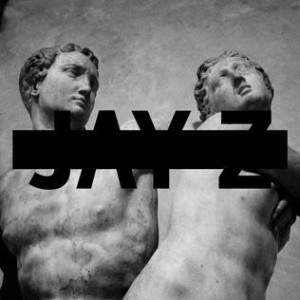 It’s been four years since Jay-Z released his last solo album, The Blueprint 3. While that was his last solo offering, he also worked on the album Watch the Throne, a collaborative effort with Kanye West. In many ways Watch the Throne was the introduction to a new Jay-Z, one who is enthralled with name-dropping high-end brands and seems almost impossibly unrelatable. On Magna Carta he’s become even more interested in both expensive clothing brands and contemporary art, even going so far as to name a pair of tracks Picasso Baby and Tom Ford. From a production standpoint, Jay-Z employed a top-notch team for this album and their work makes a huge difference in the overall presentation of the album. On almost every track, the production compliments the vocals on top of it and in some cases saves entire songs from being completely skip-worthy.

The first track on the album begins with Justin Timberlake singing a captivating verse and hook, that leads into Jay-Z’s first verse on the album. Here, he displays good wordplay and sounds above-average out of the gate. The second song, Picasso Baby contains too many botched rhyme schemes to be truly great, but boasts an interesting third verse and an excellent beat. The next song, Tom Ford is one of the best songs on the album. Each piece of the song’s verses, intro, bridge and hook fit together into a very cohesive track. The song F***withmeyouknowigotit comes next on the album and slows down the momentum of the great first three songs. If the Rick Ross verse doesn’t completely kill the song, the repetitive nature of the hook most likely does. The beat is far too average to hold this dud above water.

Oceans is the best song on the album because not only did Frank Ocean deliver on the hook, but Jay-Z displays plenty of energy on the record that was reportedly recorded two years ago. The next track, F.U.T.W. works because of a great beat, verses that don’t distract much from it and a simple, but catchy hook. Not the most exciting on the album, but good nonetheless. Somewhereinamerica coasts on the strength of it’s great sample of Jimmy Norman’s Gangster of Love, a mildly interesting verse and a Miley Cyrus shoutout. But, I enjoy everything about the next song, Crown, except for the verses.

On Heaven, Jay-Z gets especially introspective and the second verse exhibits a great flow that moves this song into the top few on the album. The first interlude, Versus is a short, fun braggadocios track with a cool beat behind it. Although Jay-Z delivers some of his best verses on the album on Part II (On The Run), Beyonce’s intro, bridge, hook and three verses drag the song down into unlistenable levels. She sings on over four minutes of the 5 minute 34 second long song and it’s nearly unbearable. The beat of Beach is Better sounds like a beat Kanye discarded while picking instrumentals for Yeezus and the rhyme scheme of the song is just flat out lazy.

BBC is just bad. It sounded so good on paper, but it’s just bad. The first two verses and hook of Jay-Z Blue basically made me roll my eyes, but then the song breaks down and Jay-Z comes back with the best flow on the entire album. Mixed feelings about this song. With it’s boring beat, flow, and lyricism, La Familia is a snooze worthy track and almost downright terrible. Nickels and Dimes is an overall good song, with three solid verses and a cool hook that compliments Jay-Z’s flow. The bonus track, Open Letter, was released in the spring in response to the controversy of Jay-Z and Beyonce’s vacation to Cuba. Besides the slightly annoying Swizz Beatz hook, it’s a great song and an impressive ending to the album.

This album had it’s fair share of great moments and definitely delivered instrumentally. Jay-Z seems to still have a gift for wordplay as well, but these strengths are brought down by some lesser tracks and uninspired flows and lyrics. Jay-Z seems more obsessed with commercial success than ever and less compelled to truly strive to evolve his sound past his comfort zone. That being said, it also was not a throwaway album by any means. While it’s not The Blueprint, and most likely not even the best rap release of the year, Magna Carta Holy Grail is definitely proof that Jay-Z still has something to offer to hip-hop.