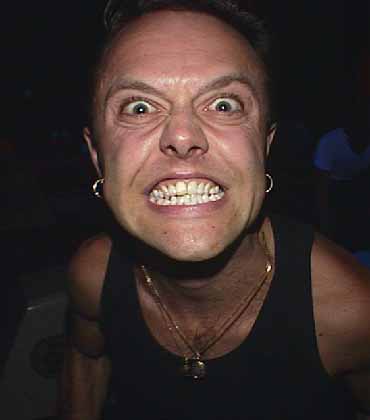 Regarding this topic, people are divided into two sides: those who admit they eagerly await the new Metallica album and those who don’t. OK so their last album was… not quite we expected to say the least. But we all expect the next one especially since it promises a lot. The gods have a chance to redeem themselves and my bet is they won’t give it up.

Metallica drummer Lars Ulrich (who else?) speaks about this album in somehow a misterious way and doesn’t give quite the answers fans were expecting. They were stunned to longtime produced Bob Rock kicked out and replaced with Rick Rubin. Sure a change is good now and then but this kind of chance is definetly unexpected.

“But for our own sanity, our own creative survival, we needed to work with a different set of circumstances and dynamics,” Ulrich says. “So we’ve been stripped of our defense mechanisms, and it’s been very invigorating to be challenged again. Rick’s taken everything we’ve known about making records and completely turned it upside down.”
And song titles? Ulrich says, “There’s one called ’19,’ ’10,’ ‘German Soup’, ‘Glass Cow’, and even ‘Black Squirrel’. Just names that relate to where the idea came from, like Glasgow, Scotland became ‘Glass Cow.’ And when we don’t have anything clever to call it, we just call it a number. They’re just silly working titles.”

When asked whether the album was going to be something unexpected or rather a return to “old school,” Lars replied, “I hate to be that specific, because six months from now people are gonna go, ‘What the fuck? Lars lied to us!’ But it feels that way to me. It’s been no secret that Rick [Rubin, producer] suggested to us that we use a couple of those records as reference points — that we spend some time kind of accessing that headspace. So when we would come to forks in the road, sometimes the exercise became, ‘What would we have done at this point in 1985?'”