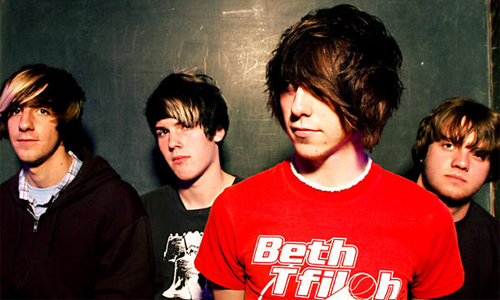 When did music television die, exactly? I’ll tell you when – it was when we all gave up on it, and with a collective mouseclick accepted Youtube and Myspace as our appointed saviours. But! There’s a more pressing question on my mind: is there a single post-Myspace moment where we can say music television went beyond an existence of pallid, pathetic obsolescence, and into fully-fledged, crap-slinging horribleness?

When I say “music television”, I don’t mean MTV, necessarily – that channel hasn’t been synonymous with the phrase it acronymed since the exact second they started showing the godawful, self-glorifying, materialistic nonsense that is “Cribs”, which at one point probably featured R Kelly saying “Oooh, look at me, I have 17 bathrooms, all of which I wholeheartedly ignore in favour of the underage groupie in my bedroom waiting for me to defecate on her. That’s where the magic happens.” Which of course, led to the coronary-inducingly painful sight of “My Super Sweet 16”, and other such abominations. MTV’s not dead, so much as it’s a reanimated, maggot-ridden corpse feasting on the palsied grey matter of any idiot willing to watch it.

Yet, even as MTV slid slowly into a horrifying decomposed state, other channels seemed to take up the slack: MTV2 was trumpeted as the modern-day equivalent of early-90s MTV, where the Nirvanas and Pearl Jams of the 21st century would be found. But instead of doing that, it became fascinated with bands like the Arctic Monkeys and The Cribs (there’s that word again – if I ever start my own TV station, nothing with the word “crib” in the title will ever feature. It’s a one-syllable death knell), a result about as far from the original mission statement as a pioneer-era goldhunter going slightly insane, and instead collecting as many samples of horse excrement as possible, smearing it all over his body, and running home to his family shouting about how rich they had just become, and looking on in worried confusion when his six-year-old daughter starts crying and refuses to hug him.

Meanwhile, VH1 remained as insipid and boring as ever, varying between list shows and short-lived reality TV escapades, torn between appealing to kids who weren’t watching anyway, and adults without a taste in music beyond “whatever’s on, I suppose. Oh, what’s that song where the woman sings about the Titanic? That was nice. I never bought it though – I’d never think to put it on. I’m too busy crawling towards my own slow, pointless oblivion to put on the CD player. Still, they play some nice things on Radio 1 from time to time – who’s that Billy Allen fella I keep hearing about?”

A dozen or so digital stations sprang up, shouting vague promises of being urban and cool and “with it”, playing Black Eyed Peas’ “My Humps” on a constant repeat for about six months, until the parent company behind the whole demoralising endeavour invariably saw sense, and pulled funding, only for another similarly stupid channel to spring up in its place. They all had names like “Kiss”, “Bliss”, “Smooth”, “Vapour”, or “Urban Station #47”, or the like, and they probably all had Trevor Nelson saying something about how they were Britain’s best music channel before crawling back under whatever hole he’s been living under since MTV stopped showing “The Lick” in favour of a show about Jenny Frost from Atomic Kitten scheduling – and then attending – a dentist appointment or something.

And, perhaps predictably, it’s an emo band that has driven me to declare music television no longer a quaint anachronism, but actually a blight upon mankind akin to smallpox or Patrick Kielty, which we must purge with great vengeance. For, at some forgotten minute last night, this video was on no less than three music stations at once. I give you All Time Low.

I don’t know which part of the video fills me with more seething, spurting loathing. Is it the smug, self-satisfied “jokes” it tells in the form of annoying text pop-ups, like the Youtube annotations that anyone in posession of even a barely functional brain turns off in the first five seconds of a video? The fact that they fill the video with jokes that make them seem humble and self-effacing – because, hey, they’re so cool, man – but then preen and jump around for the cameras because they know their hordes of tween-aged female fans will love that? Is it the fact that the song itself, “Weightless”, is so self-evidently shit? Or is it the fact that the music seems secondary to the haircuts? Haircuts that seem, by all accounts, to exist against the will of nature: a fringe that hangs across the singer’s forehead with a blatant disregard for gravity; hair that has clearly been teased and styled for hours, seemingly in an effort to make it look like the band got into a fight with an angry owl. It’s like I’m being attacked by an ad for every trend I’ve consciously avoided for the last two years.

Look: music television has been dead for years. But can we please close the coffin now?