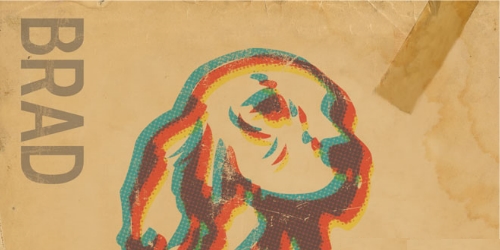 So that headline’s a pun on the name of famous Dirk Benedict impersonator, Bradley Cooper, but I fear it doesn’t work very well. I can “face” that fact, arf, etc.

Never mind, though, because none of that even matters. What does matter is that Brad – side project of feared Pearl Jam guitarist and turtle-fondler, Stone Gossard –  is gearing up to release their fourth studio album, Best Friends, on August 10. Pre-orders have started over at pearljam.com, where they’ve also embedded a preview of “Believe in Yourself”, the fourth track on the album. However, because of budgetary cutbacks, a thrilling chase through a series of underground tunnels which kept me occupied for much of the last month, and also the fact that they’ve used some sort of magical javascript, I am unable to embed the preview here. Scoundrels.

Instead, I’ll embed a different song from the album below: the wonderful “Running For Cover”.