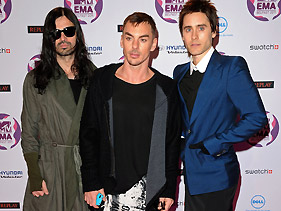 30 Seconds to Mars will be back with a new album pretty soon – May 20 to be more exact. ‘Love Lust Faith + Dreams’ is the name, and Jared Leto is the game; not only will he be fronting the band, but he’s also producing it, alongside Steve Lillywhite.

“This is more than an evolution, it’s a brand new beginning. Creatively, we’ve gone to an entirely new place, which is exciting, unexpected, and incredibly inspiring.”, Leto said.