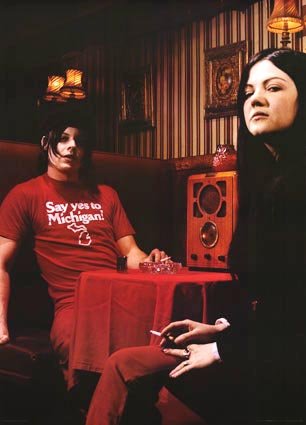 Yesterday [tag]White Stripes[/tag] fans everywhere had been disappointed by the shocking announcement that the band was forced to cancel it’s US tour dates, due to Meg White’s acute anxiety issues that renders her unable to travel. Now the rest of the tour has been scrapped as well, as it can been seen at the WS website. “The White Stripes have canceled all remaining tour dates through the end of the year. This includes all dates in the UK this fall.”

Let’s hope for a fast and refreshing recovery for Meg. Canceled dates after the jump: