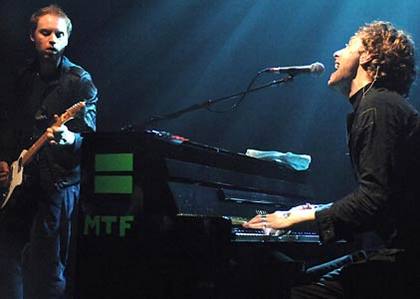 With the band’s new album, “Viva La Vida or Death and All His Friends” right on the corner, it was righteously expected  Coldplay would soon announce their tour dates. And so they’ve had, at least the initial North American ones. The band is set to play through the whole summer and much of autumn in the US and Canada, as part of their massive world tour planned that will see Coldplay play in 4 continents on roughly 150 shows.

The tour will kick off at Philadelphia’s Wachovia Center on June 29th and extend beyond the last of the announced dates, a November 22nd concert in Salt Lake City, Utah. Additionally, there’s that free concert at Madison Square Garden Chris Martin and the boys are playing on June 23rd, to which you can win tickets by going the band’s official Web site. Ticket pricing is estimated at around 50-85$ (ouch?), while the sale will begin starting June 14 (some from May 16/17). Dates and venues right after the jump.