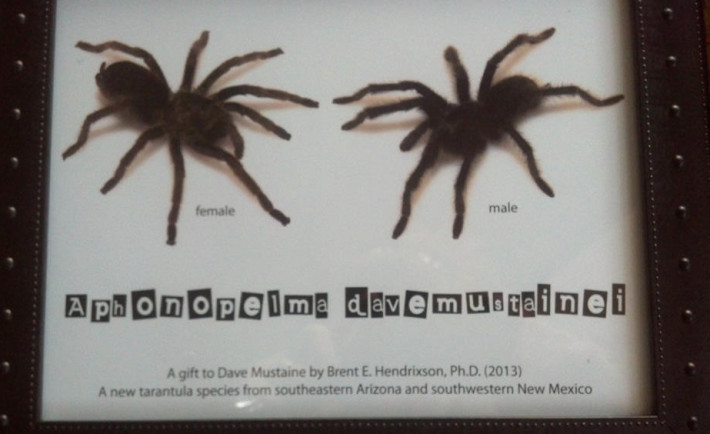 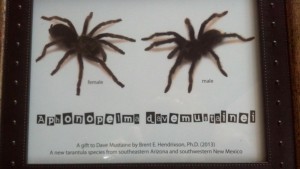 I don’t know what’s going on with scientists nowadays, they tend more and more to give name to newest species of animals or plants by well known musicians. Maybe you’ve all already read about the ferns named after Lady Gaga, now the scientist  Brent E. Hendrixson discovered a new specie of tarantula in Southwestern New Mexico and Arizona, and thought that he might name it after Megadeth’s Dave Mustaine. And he actually did that according to Mustaine’s twitter page:

How cool is this? I got my own tarantula named after me! Totally metal!!! pic.twitter.com/yl5XCx9X

All I can say about this scientist is that he really likes Dave if he named the spiders: Aphonopelma davemustainei; and I think that he’s a  true metal connaisseur, because I only think at one thing when I hear Dave Mustaine and spiders: The Dave Mustaine’s Spider Chord. If you have no idea what am I talking about, watch the video below: