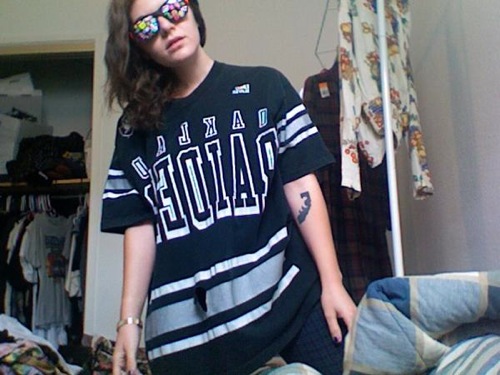 After a string of highly successful 7″s released last year when Bethany Cosentino, aka Best Coast, showed her immense talent to the world, in a few weeks time we’ll finally be graced with the apparition of her debut album, “Crazy for You“. Bethany’s music can be simply described as noise-pop, but even from a first listen, you’ll notice something truly different. It’s a sound that’s somewhere in between ’50s girl bands and early ’90s alt rock, sprinkled with a fine dose of beach jamming. “Boyfriend” is her latest single off the new album, and it’s a perfect showcase of Best Coast’s vibe – check it out below. Speaking of the new album, Crazy for You officially drops out on July 27 via Mexican Summer. [mp3 via GvsB]