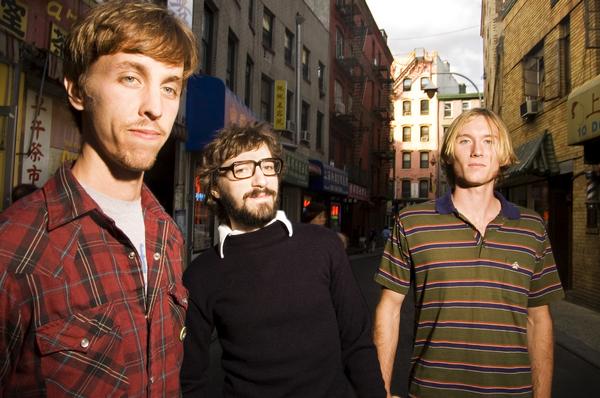 Hammer No More The Fingers

Yes, good band names are apparently very hard to find these days, but, leaving semantincs aside, the Durham/Chapel Hill trio of Hammer No More Fingers packs quite an indie rock punch. The band’s latest album, titled “Looking For Bruce,” was released earlier this year via Churchkey Records, but it’s only been until a few hours ago that I’ve first happened to stumble across it – quite the pleasant surprise.

The band has been playing music together since its members were in their pre-teens, but it seems they didn’t quite rush things, releasing their first material last year once with their debut self-titled EP. Being three ’90s prodigies, the influences of this raw, yet confusing decade shine through out their tracks, most evidently on “Radiation.”