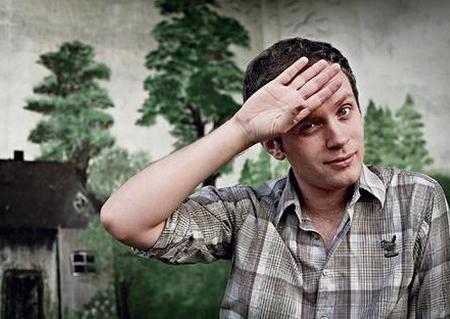 Just got word of some pretty sad news, seems like one of the most nicest artists in the indie scene, Jens Lekman, unfortunately contracted the all too dreaded and excessively publicized H1N1 “swine flu” virus during his stay in South America. Apparently Jens felt really sick during his flight back over the Atlantic when he actually fainted, after which he was rushed to quarantine upon landing. Don’t threat guys, Jens is alright, just he won’t be enjoying this summer quite as much as the rest of us… [via Buzz Grinder]

Here’s what he recently posted on his blog:

I picked home one last souvenir from South America, it’s called the H1N1 virus. Wrongfully known as the Swineflue.

I was crossing the Atlantic when things started getting really bad, the fever was hallucinogenic and shaking me like a leaf and I grabbed the sleeve of the Air France steward. “I’m not feeling well, I should see a doctor” I said and the reply came as a brilliant mix of death anxiety and french rudeness: “Uh, yes… Terminal D… go there maybe… when we land”. After that the stewards and stewardesses took long detours. A ring of empty seats formed around me. Peoples eyes were kind but determined, they read “Poor you, I really wish you all the best but if you come near me or my kid I will have to stab you with this plastic fork”. I got up and went to the bathroom where I fainted.

We, all here at ZME, hope you get well soon, Jens!