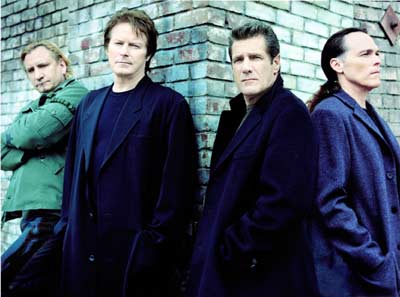 After 5 years of production the new [tag]Eagles[/tag] album is closer to completion then ever. The californian rockers haven’t released any material since their 1979 “The Long Run“, now their latest work, dubed “The Long Road To Eden” is “almost out. We’re just finishing vocals and mixing it. We’re all finally signing off on it.” As guitarist Joe Walsh recently confessed.

It will be interesting to see how this new album will be greated, things have changed a lot musically since 28 years ago, a lot of influences have come and go and only time will tell if their new material will really be as catchy as it used to be. I personally ain’t worried about that, i mean Eagles have a huge fan base, which absolutley worship their work and according to them the album is expected to be reminiscent of the older days of Eagles and will be country-rock in tone, so we’ll be more then certain in for some old school rockin’.