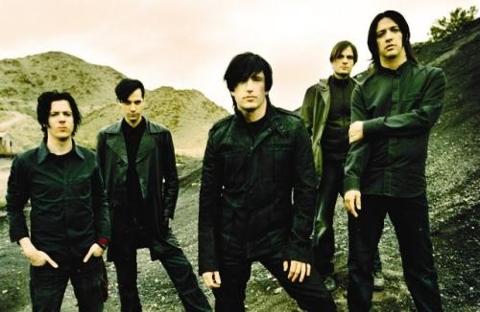 Here’s a new blow to the mainstream music industry for ya: Trent Reznor and co. have just ended their contract with Interscope and are now free agents. The 18 year old relationship between [tag]Nine Inch Nails[/tag] and their label has officially been broken yesterday, during an announcement on the band’s website:

“Hello everyone. I’ve waited a LONG time to be able to make the following announcement: as of right now Nine Inch Nails is a totally free agent, free of any recording contract with any label. I have been under recording contracts for 18 years and have watched the business radically mutate from one thing to something inherently very different and it gives me great pleasure to be able to finally have a direct relationship with the audience as I see fit and appropriate.

Look for some announcements in the near future regarding 2008.

This breaking news comes right on the heels of the recent Radiohead “In Rainbows” announcement, in which the band states they’ll allow people to download the digital version for how much money the listener feels fit to pay (even 0$). It seems likely Trent will fallow the same path, considering his earlier enticement to music piracy, encouraging fans to download his album for free. “Steal it. Steal away. Give it to your friends.” Says Trent, after finding out his label was charging 30$ for Year Zero in Australia.

If we also consider the cult of loyal disciples Reznor has managed to build around him and his band along the  the years, then it’s becoming more and more likely they’ll continue independently. Still a very bold move.