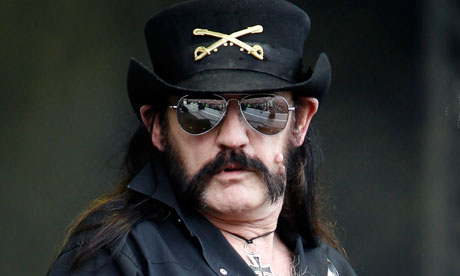 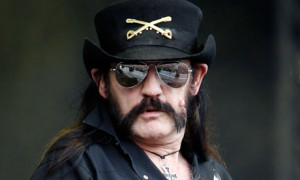 Well, this came as a surprise for me. Every time I see something about Lemmy, I have to admit that I am a little bit afraid to read it, because, you know, his health issues. But this time we’ve got great news, Lemmy officially announced that he’s going to release a new solo record.

No, I ain’t done yet with the music…After I get better, we’re gonna try to tour again, and if I can’t do that full-on, I want to do another album with [the rockabilly band] Head Cat, and, of course, I want to do a couple more Motorhead records.But the next thing I’ve got coming out is my solo album, which is almost done.

For this album, the artist collaborated with Dave Grohl (of course) and even Joan Jett (who recently released her latest album):

I still want to do a track with [SKUNK ANANSIE vocalist] Skin before I put it out. There are two tracks with the REVEREND HORTON HEAT, two with THE DAMNED, a track with Dave Grohl [FOO FIGHTERS, NIRVANA], and a track with Joan Jett. Right now we’re thinking of calling it ‘False Teeth For The Deaf’. It’s all just great rock and roll, that’s the only way to describe it. Some of it is bluesy and some isn’t. It’s not MOTÖRHEAD, but obviously there are elements in common.

Now I only hope that Lemmy is going to get very well and have the opportunity to listen to this great upcoming album (or at least it seems like is going to be really great).