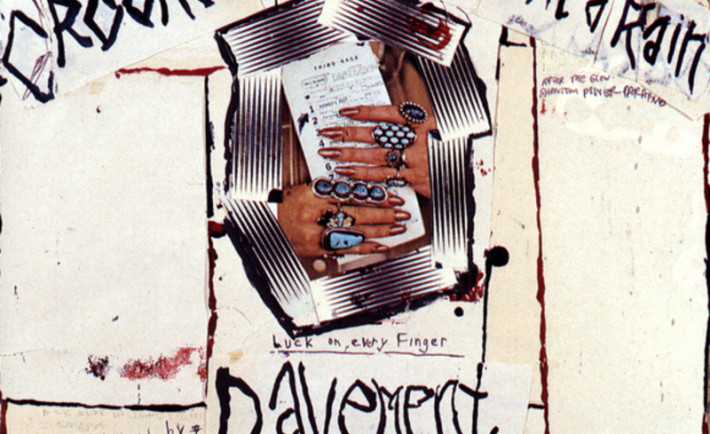 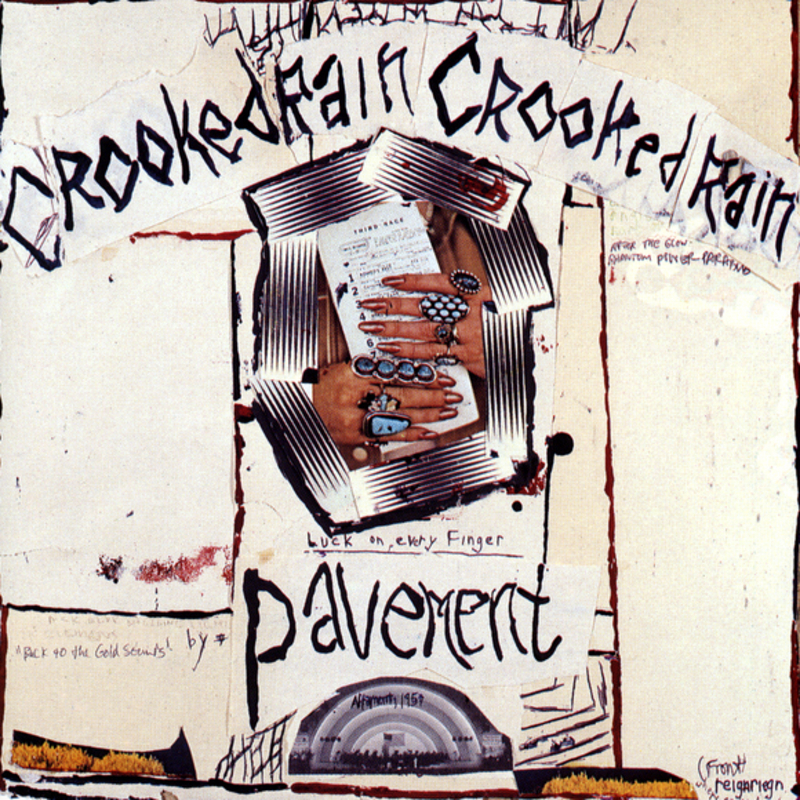 Allow me to present this more traditionally. American rock music has been splintered and spliced into so many genres and subsequently sub-genres that attempting to point to any one album that encapsulates everything great about it since the end of the cold war is nearly impossible. But for me, picking out the one that does it best is Pavement’s second full-length Crooked Rain, Crooked Rain.  If forced to choose, I would say this is the greatest American rock album of the last twenty years, for a number of reasons I could elaborate on for hours. Keeping in mind my assertion that there’s “no such thing as a ‘10,’” and taking into consideration that this album comes pretty damn close, ranking these tracks was difficult. Actually, the tracks I ranked best through #6 could easily shift around, and nothing is firmly in the top slot. Ask me again in a year and I may have a different song I think is the best on here. (Keep that in mind before you start your hate-mail). 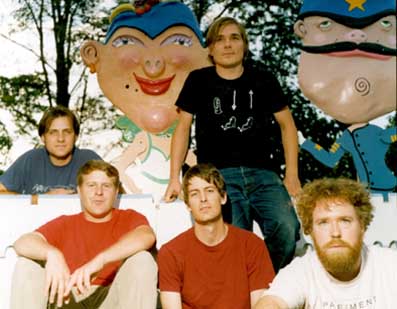 I had to think about the songs based on varying criteria considering how they’re all pretty outstanding. Pavement’s innovative detuned (but in tune with each other?) style, Stephen Malkmus’ cryptic and normally way off-key vocals, and how the band generally takes and tune that SM or Scott “Spiral Stairs” Kannberg writes and runs with it were all viable platforms. The fact that I’m putting this much thought into listing twelve songs from least awesome to most awesome is a testament to how important and enduring Pavement were, even if they didn’t sell billions of records. Just ask the Matador reissue mavericks. At any rate, this will at least get us more hits than that Descendents thing I posted last week. Alright, you Frappe-sipping nation, let’s light this fire…

12. Hit the Plane Down (Track 11)
We still love you, Spiral Stairs. It’s just…you know, there has to be a worst song on the album, and your lone contribution here is certainly it. The sad thing is that it’s still better than the best song on a lot of Matador releases from the 90’s. A pretty hypnotic bass line from Mark Ibold. Turn Your Stereo Up

11. Newark Wilder (Track 5)
Like “Hit the Plane Down,” it works best if you sit down and listen to this whole album through (which you should be doing anyway …best album of last 20 years, durrr). On an individual level, it’s a pretty good picture of a band learning to find a balance and figuring out a way to intentionally and artistically stumble through a song.  Newark…Listener…yeah!

10. Cut Your Hair (Track 4)
This was a “hit” in some senses; all I know is that I don’t remember hearing it when I was 11, not even when it made it to the hallowed cultural orb of Beavis and Butthead’s television. Still, it’s a great single that offered the outside world a fairly good picture of the band that Pavement failed to do with their Wowee Zowee singles the following year. The high-pitched “ooo ooo”ing became pretty iconic, for better or for worse. Open Your Ears

9. 5-4=Unity (Track 8 )
Instrumental love. You can hear the version with vocals on the reissue, and no disrespect to SM, but they made the right choice leaving them off here. You can practically hear his vocals, anyway, in the instrumental in the way that pretentious modern art lovers stare and a blank canvas and see colors. It’s pure Pavement. Audio=Here

8. Heaven is a Truck (Track 10)
Neil Young’s influence was certainly not lost on these California boys. The same could be said of any folk-rocker capable of playing a slow, elegant piano ballad and still making it more interesting than anything played on any AC station since the 90’s, or some shitty prog-rock anthem. And I don’t hate prog-rock. The Track is Here 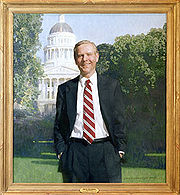 This is the band at their most chaotic on the record; they barely hold anything back musically, and Malkmus holds even less back lyrically. He’s particularly caustic here. It seems like he’s contrasting “the Real California” with Hollywood in the style of the McCain campaign regarding “the Real America” (except, SM has a point…man, fuck Sarah Palin…Where was I?) What’s ‘Unfair’ is how northern California and Beverly Hills will never see eye to eye, despite both feeding the state’s economy in contrasting ways. People should remember that in the early 90’s, the Golden State wasn’t exactly on fire and going bankrupt. When Gov. Pete Wilson left office in 1999 (six months before Pavement released their swan song “Terror Twilight”), there was a big surplus. Funny how times change. Even those of us who’ve never lived there will always have a special place in our heart, though, for images of “manmade deltas,” “concrete rivers,” and “Bakersfield trash.” Fair

6. Gold Soundz (Track 7)
Let’s see, upon a quick googling, I see a mail order record label in Glasgow, the working title of Robert Pollard-fluffer John Sellers’ book Perfect From Now On, the name of about a thousand different college radio shows (WPTS in Pitt has “Silver Sounds,” which counts), and a video of five dudes dressing up as Santa and finding car keys inside of a raw chicken. That video is the official one for this beautiful, jangling second single from the album. And those other things are all a tribute to the band and their lasting influence. Throw another thing in…if you google “Gold Sounds” then you get a jazz tribute to the songs of Pavement. I am so serious. Sounds

5. Range Life (Track 9)
Remember when Billy Corgan took issue with Malkmus’ somewhat-malicious barb in this song? (“I don’t understand what [Smashing Pumpkins] mean, and I could really give a fuck”). Remember when Corgan also perpetually embarrassed himself, pretty much from that point on? That says a lot for Pavement, whose members have only slightly embarrassed themselves throughout this decade (Malkmus with good-not-great solo albums, Ibold getting chubby and playing with Sonic Youth, and Steve West, um…hold on I need to Wikipedia him). Also, this song is better than just about any Smashing Pumpkins song pre-1997. And I like ‘Siamese Dream’ and ‘Mellon Collie…’. Anyway, the quintet’s jangly, country-fried elements are on full display here, and the result is beautiful and quietly anthemic, as someone at Pitchfork has probably written before. When the vocals, marked by the repeated word “dream” fade away toward the end of the song, it feels like you’re in the middle of a great one. Read to the end for your prize.

4. Silence Kid (Track 1)
The opening track is a perfect example of why Pavement deserve all of the praise heaped upon them. All of these disparate musical elements amble into the room and with a faint call from Stephen Malkmus (I think that’s his voice we hear address Scott “Spiral Stairs” Kannberg) right before all of the elements join forces and kick off the indie rock era’s definitive masterpiece. Noise, Adult Reading This 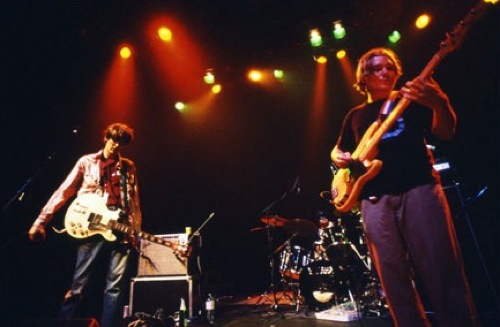 3. Fillmore Jive (Track 12)
The album’s gutting, epic finale. It’s the longest Pavement song and also one of the most rewarding. Think of it as the pot of gold at the end of their musical rainbow. Except the pot of gold contains guitar solos that sound like drifting off into the Pacific. So, metaphorical gold. If you have nine minutes at the end of your work day, check out this barnburning interpretation of the song they did in Frankfurt in late ’94. Ain’t No Jive

2. Elevate Me Later (Track 2)
Why wasn’t this song the feel-good hit of 1994? Why didn’t this song propel “Crooked Rain” to multi-platinum sales like “Buddy Holly” did for Weezer that year? This is still my favorite Pavement song to mix-tape, since it shows them off at not only their height of power, but it emphasizes what they do well: great rolling rhythms, powerful, guitar noise-scorched choruses, weird snazzy lyrics like “range-rovin’ with the cinema stars,” and a strange, otherworldly sense of simply how to make a song well. It may be a scientific, but I don’t know how to explain that. Perhaps the messy barrage of noise toward the end of the song, before it gets back up and goes on its way may have been a roadblock for some mid-90’s audiences who tried to “get it” but didn’t. Oh well, apparently this album is toying with Gold status, so enough people did listen in. Listen Now

1. Stop Breathin’ (Track 3)
Here you go. The best “slow” modern rock song ever written. I’m clearly not an expert on time signatures. 2/4, maybe? The ambling dual-track guitar “leads,” no matter who the hell played them here, run up and down your spine, especially during the breakdown. West’s drumming is relaxed and perfect. The lyric “write it on a postcard; dad they broke me” is cryptic and as cool as anything Malkmus has ever written. It makes little difference that the working lyrics was “Start Bleedin'” (check the 2004 Deluxe Edition). The noodling guitar breakdown circus that starts after the second chorus gets more fascinating the more you listen to it. It builds and twists into something epic when you least suspect it, and it keeps catching you off guard. Fuck, does anyone want sexual favors for a ticket to a reunion gig? Start Listenin’