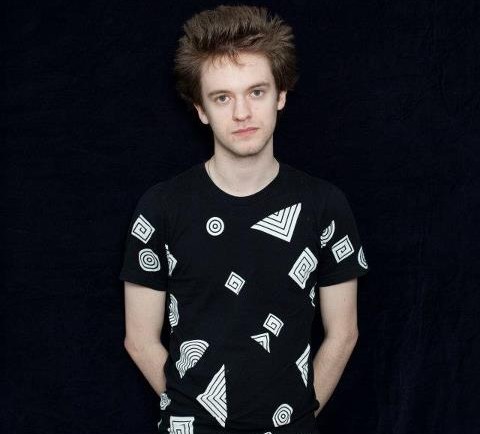 Today, I am going to talk about a successful musician from Essex. Now, you may think that there is nothing particularly original, innovative or special about that. But let me tell you, Alex Day is different.

On paper, many record labels would have sneered at his chances of success. He promotes his music through YouTube, allows fans to use and listen to it for free on his website, releases multiple songs at the same time, and continues to remain an unsigned artist despite interest from the record industry. Yet Day still manages to get his songs into the charts; not only in the UK, but all across the world.

I have been a subscriber to Alex Day’s YouTube videos for about two years, and in that time I have watched, along with over 500’000 other subscribers, his music career develop. My favourite song of his is ‘She Walks Right Through Me’, a catchy song which has a great music video attached to it. I wanted to know more about his music, so I caught up with him and asked him some questions.

What are your main inspirations when writing songs?

It really depends on the song. ‘Good Morning Sunshine’ was written on the first day of summer, so it felt warm and I missed the sunshine, and I turned that into a song that later had deeper meanings, but that was all the initial spark was.

How many songs have you currently got in the pipeline and can you tell me anything about them?

Ooh, yeah I have a few – there’s one called ‘Stupid Stupid’ that might be a future single; it’s very silly and fun. And then there’s one called ‘I’ve Got What It Takes’ which is quite modest and sounds quite sweet I think. And there’s a song called ‘Tonight’s The Night’ which is a mix of ‘Moves Like Jagger’, ‘Wannabe’ and ‘Livin La Vida Loca’.

Do you have any plans to do a live tour and if not, do you think you’ll do one in the future?

I’m not planning on it right now but I’d like to in the future, definitely. It just depends on making sure I can go to enough places, because usually when I announce dates it’s just disappointing that I can’t go to all the other places where my audience are, and I feel like I exclude more people than I engage.

What’s the best piece of praise you’ve had about your music?

Stephen Fry said he ‘couldn’t stop humming’ my single ‘Lady Godiva’, which was quite flattering.

How do you think you’ll achieve your goal of making it to #1 in the charts by 31st December 2012?

By working bloody hard and doing everything I possibly can! I’ll give it my all and then at least I won’t regret it if it doesn’t work out. But I intend for it to work out! 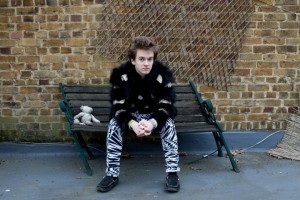 When ‘Forever Yours’ charted at #4 in the UK, Day donated some of the proceeds to World Vision, the largest overseas aid charity. No one would have kicked up a fuss had he kept all the money to himself.

So why did he give some of it to charity?

Basically I earn too much! Forever Yours got to #4 in the charts – that’s 50,000 sales – I don’t need that much money, I can pay for my house every month and I can eat, beyond that I might as well give some of it back to people that need it.

Obviously music is Day’s primary interest but I also love his YouTube videos. There are so many good ones that it is hard for me to pick a favourite. He told that me that his are ‘Alex Day’s Ghost Hunt’ and more recently, ‘The Woman At Reception’. Some of mine are ‘Life in a Day’ where he documents a typical day in his life, ‘Record Labels Are Rubbish’ in which he gives some of his reasoning behind his decision to remain unsigned, and more recently ‘Alex and Hazel’, which features one of his friends.

Another thing I was interested to know were his feelings on being asked personal questions in interviews. Within the comments on most of his YouTube videos there are often people asking whether he has a girlfriend, linking him to girls that appear in his videos, and generally speculating about his relationship status.

So how does he feel when people ask him questions regarding personal relationships? Annoyed, amused, indifferent?

Amused, definitely. It’s fun seeing everyone speculate about whether I’m with someone or who it might be, and a lot of the time I wind them up or outright lie just because I don’t understand why they let themselves care so much. Beyond that I’m not really bothered. I don’t feel like I owe anyone an explanation to anything in my life that they don’t already know; if I don’t choose to share it, it’s not anyone else’s business to learn.

What does Alex do in his spare time?

Mainly just the same things as other people; I’m pretty social, I see friends a lot, I listen to a lot of music, I occasionally build Star Wars LEGO sets and I play a lot of Magic The Gathering. 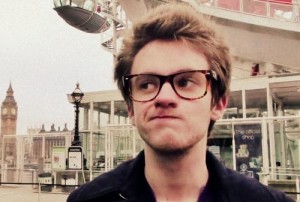 So that’s Alex Day. His work ethic is to be admired. At only twenty-three years old, the boy is going places, yet he still manages to maintain that personal relationship with his fans through his YouTube videos. To thank everyone that bought ‘Lady Godiva’, which charted at #15 in the UK, Day made personalised thank you videos and sent them to each individual person.

How did he celebrate finishing the last one?

I went to my local swimming pool and sat in the Jacuzzi for half an hour, not moving, just enjoying the bubbles. It was wonderful.