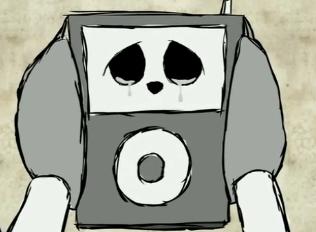 Oh, boy. These new PETA awareness campaigns are getting more and more subtle these days. Wait, this is just a music vidoe. Okay! Getting past their hip name, Brooklyners Justice of The Unicorns new video for the single “The Dragon’s Claw” is both an admirable effort and a welcomed companion for this awesome soundtrack.

The sinopsis sounds something like this. A wondering err… dude, in an animal suite of some sort, stumbles across an evil factory, handled by unconscious individuals, where furry, cute wild life are turned into fashonable electronics like iPods, phones and other fashionable gear. The DUDE manages to awake the zombie-like workers, trapped in capitalism’s vicious circle, free all the animals, but, sadly, in the process he has to makes the ultimate sacrifice.Of course, the video’s message runs deeper than this. Animations props to Robert Bruce. Kudos for the excelent visuals, Rob!

“The Dragon’s Claw” by Justice of the Unicorns from Robert Bruce on Vimeo.