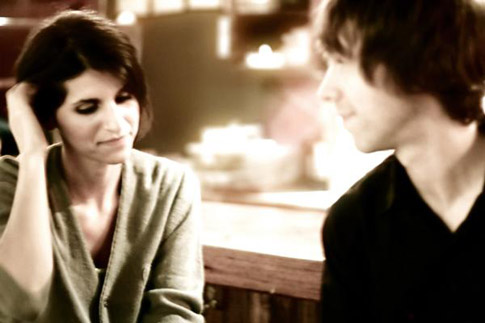 Elika is a Brooklyn based indie duo, that has caught my eye recently, thanks to their beautiful blend of eclectic music. I’m not even quite sure how to describe them, but if I were to label them somehow I’d say they’re somewhere between ’80s glam pop and modern day underground electronica. The two, Evagelia Maravelias (vocals, keyboards, drums) and Brian Wenckebach (guitar, keyboards, programming), hold a really powerful musical chemistry together, that can be sense a mile away. I can only think of how their live shows sound like. Their debut LP “Trying Got Us Nowhere” is out now worldwide and can be ordered from here.