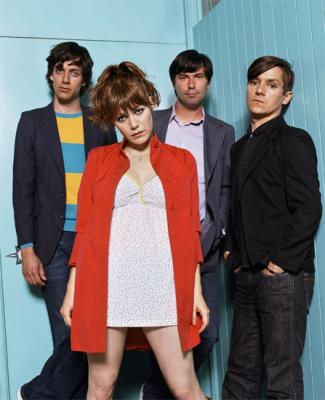 The LA indie quintet [tag]Rilo Kiley[/tag] have finished recordings for their full length album called “Under The Blacklight”, due in August 20 and now they’ve started to shed some light in the obscurity of this new LP. I really liked their last 2004 release “More Adventurous”, so i was pretty much glad when is saw NME‘s post, where they asked Rilo Kiley about this upcoming album’s sound.

“The sexiest music there is has a strong rhythmic perspective, and this album has a really strong rhythm section that our last records didn’t have,” said Sennett.

“We all came up with the concept and stepped into that world (of pornography) knowing so little,” Lewis admitted. “We met some really interesting, nice people. They were incredibly open with us. I think everyone possesses within them the moneymaker, it’s just a matter of if you’re willing to go there.”