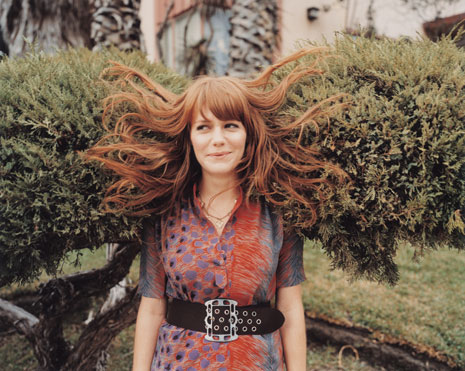 Rilo Kiley‘s previous record “Under The Blacklight,” didn’t quite deliver, not at its exceptions anyway. Sure, it had it’s moments, but they were more then shadowed by some lameass tracks like Smoke Detector or Money Maker. Anyway, Jenny‘s still dear to me, no matter what crap she puts out. She’s like a button too.

Her solo debut, featuring The Watson Twins, was pretty good. No, scratch that, it was quite awesome, even though it sounded very Kiley-like. Her sophomore record, “Acid Tongue,” got out this week, and, like her previous effort, it pretty much rocks. Check out the first self-titled single bellow. The rest of the album kinda shares the same vibe, so if you’ll enjoy the song, you’ll most definitely like the rest of the record. If not, not. [MP3 courtesy of Toolshed]