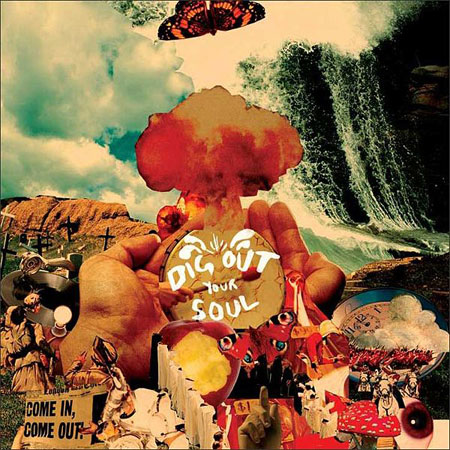 Dig Out Your Soul

The cover art for Oasis’s upcoming album, Dig Out Your Soul, out October 7th

Well, the last news I expected from Oasis right now was concerning their upcoming album. I mean, I was certain we’d hear something of a response from Noel Gallagher, regarding the whole Jay-Z/Oasis dissing from a few days. Anyway, I’m glad the band has somewhat abandoned their publicity whoring, for a while at least, and concentrated on what really matters: music.

Today, we got treated to a new song from Oasis, titled “Falling Down,” released as a forbearer for the upcoming new singles to get released at the end of the summer. The song is set to get featured on the forthcoming album, “Dig Out Your Soul,” out October 7th ’08. Surprisingly or not, the song is quite fitting, with at least a notch ahead of the mediocre stuff Oasis has released in the last 2 albums at least. Let’s just hope for the best from the upcoming material. The mp3 of the song is bellow along with the Dig Out Your Soul tracklist.

Dig Out Your Soul: