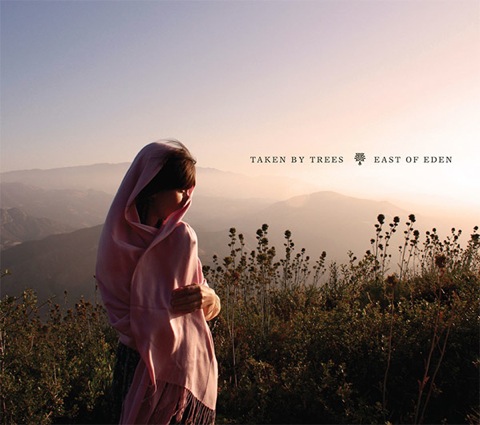 Taken by Trees - east of eden

One word for Victoria Bergsman’s latest album, recorded under the Taken by Trees moniker: bliss! For her sophomore release, dubbed “East of Eden,” the ex-Concretes (check out our interview with the band) lead singer paired up with talented musician/sound engineer Andreas Soderstrom and traveled to Pakistan to record, filling some of the instruments with the help of some of the local Sufi musicians. Victoria also wanted to enlist some local female vocalists, but this turned out to be impossible due to the well known cultural differences and barriers.

Taken by Trees’ first single off the new album, titled “Watch the Waves” – a beautifully soothing track, deeply touched by Victoria’s oriental influence, packed with regional faithful strings and percussion. What’s interesting is that most of the album was recorded miles and miles away from any studio, in the open, with the “the sounds of birds and insects and things” humming all around. She also covers Animal Collective‘s “My Girls” on the album, only this time it’s called “My Boys.” Speaking of AC, Noah Lennox (Panda Bear) is featured as a guest on East of Eden, providing backing vocals on a track called “Anna.”

Check out the National Geographic documentary in which she and her travels are featured. Pre-order East of Eden here, and get the Watch the Waves 7″ for free! [via stereogum]