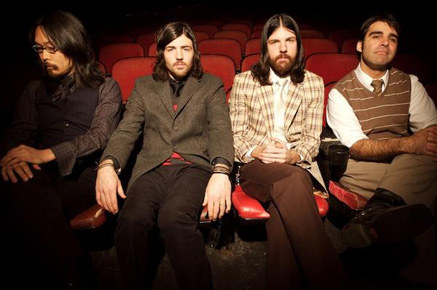 It’s pretty hard to pinpoint The Avett Brothers to a single genre, like on a musical map. You know, we’re passing through Grunge 66 right now, stopping by to a Alice in Chains gas stations for a burger, before heading out to Led Zepville, a bit north of Metalania. Doesn’t work like that. Back to the band, you’ll find pretty diverse, though with subtle differences, influences in their sound, be it old school bluegrass, straight up folk, Americana (yes, it’s a genre, not just failed country like most of you might think) and, of course, the decade’s fav – indie rock. Actually people describe their sound as “indie roots”, “folk-punk”, or “grungegrass”. OK…

Call them what you want, I’ll stick to awesome! Since they first appeared in the scene under this obscure name almost a decade ago, to present day new found semi-niche-celebrity status, the band’s been churning in albums after albums at an incredible pace, albeit not all of them were notable, to say the least complete. Last year’s “The Second Gleam” and the one before that “Emotionalism” finally hinted critics and music aficionados around the world of the band’s up ’till now untapped potential. Today marks the band’s first major label debut as “I and Love and You” drops. For a glimpse of the album, check out these two incredible songs, the inspiring ode “I and Love and You” and the poppy anthem “Kick Drum Heart.”