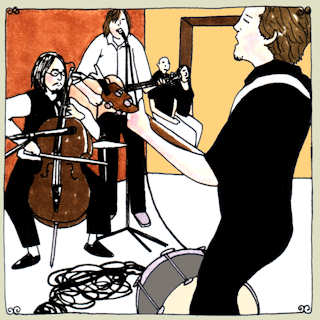 The North Carolina bluegrass quartet The Avett Brothers recorded an incredible Daytrotter session a few months ago, during the bands stint at SXSW. Like always in their live performances, The Avett Brothers were simply incredible, shinning thanks to their rootsy, soulful approach to music. Sincere, from the heart music is hard to find during our contemporary vocal auto-tune money chasing times, such that these four live gems landed by the brothers should not go unnoticed.