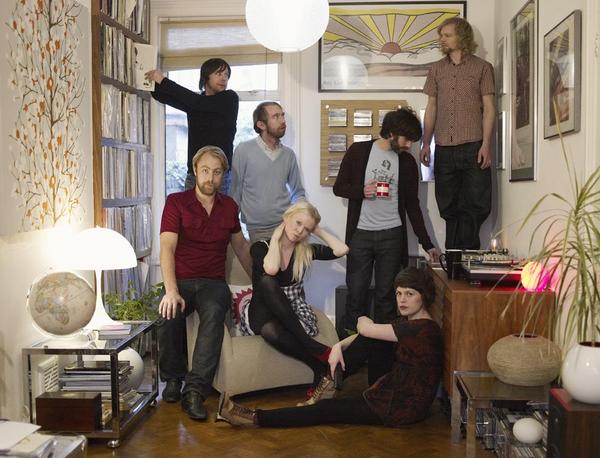 A lot of people were heartbroken by Victoria Bergsman’s departure from the band, but I’ve always had faith in Lisa Milberg vocal talents, and judging from The Concretes‘ latest song off their upcoming album, she couldn’t had made me more proud. The Concretes’ new album, titled “WYWH”, is set for a Octomber release. [mp3 via MBV Music]

ZME: You’ve released 3 albums, 7 Eps and a couple of singles so far. The last album, however, was released two years ago, in April. When can we expect a new record to come along?

Ludvig: We are working on new songs now. It is a slow process, but if everything works out we will release next album early 2010.

ZME: Of course, the question you probably hate the most by now: did Victoria’s departure diminish your success? A lot of your listeners felt that they were listening to a competely new band, when Lisa stepped in. I don’t mean this in a bad way, of course, Lisa is great. However, have you ever considered that you’re trying to hard to keep up with your past success, when you should maybe embrace and welcome the new style?

Ludvig: But we did embrace and welcome the changes. We always embrace changes, big or small. Change is a very vital part of our sound. The quite radical change that came when Victoria left cleared the ground for us to record “Hey Trouble” the way we did which for us was a success, even if it didn’t reach the charts. Our live performances developed a lot. Success is relative to what you have and what you want. The cliché of glamorous success has never been our primary goal.

[excerpt from the interview we conducted with Lisa and Ludvig]