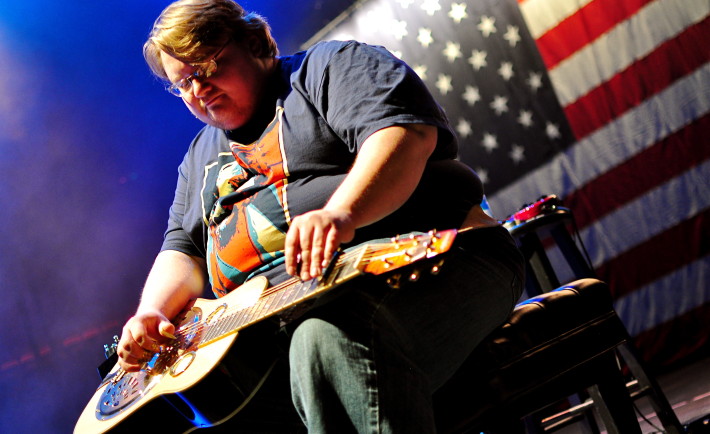 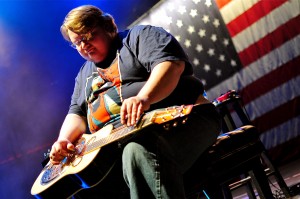 Ben Kitterman was enjoying a much needed break from the tour in Indiana when I had a chance to catch up with him. Just a few nights before he was 1,500 miles away playing in Biloxi, MS.; a place that holds fond memories for him. Biloxi is the city where he first coupled with the front man of Staind, Aaron Lewis by joining his current tour. Ben is certainly no stranger to music; some of his first memories were of his mother conducting a full musical orchestra. During this time his father was working as a tour bus operator driving for Neil Young and other musicians. At 18 months old Ben was handed a Cello and his musical history began. He is living proof that the apple does not fall far from the tree. Ben seems to have picked up both of his parents talents. He walked in his father’s footsteps by driving a tour bus for multiple artists, including Tom Petty and Mötley Crüe. His mother’s talent ran into his blood by not only playing the Cello, but Piano, Harmonica, Bassoon, Banjo, Mandolin, Hammond Organ, and who can forget the Accordion? A few of his favorites are the Hammond Organ, and his new Sheerhorn slide guitar. It’s one of only a few made, and Ben described it with one word “Bitchin”! When he spoke to me about the new electric/acoustic Sheerhorn and the Hammond Organ he enjoyed playing over at Aaron’s home in Massachusetts, you could hear the excitement in his voice.

I had to know more about Ben Kitterman, so I started digging and found a video by Ben Kweller called “Fight”. Ben told me that Wolfe City is the place where it was shot, on a “very hot, 100° Texas day”. He was speeding along in a bus that was actually borrowed from “MercyMe” a local contemporary Christian band. He was going so fast that you can also see long time buddy of his, a policeman, putting the cuffs on Ben. Happy to say it is just a video. Ben has come a long way since then, and with the recent release and video for “Town Line”, he had not only played on a #1 Country Album, but has also been involved with James Stroud, an award winning Producer; Country stars George Jones, Charlie Daniels, and Chris Young , each artist talented beyond words. 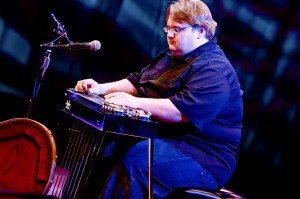 My first time seeing Ben was January 2011 in Connecticut at the Mohegan Sun Arena. That venue holds about 9,000 people, quite different from the show I attended in Reading PA on April 27th at the Sovereign Performing Arts Center, a very intimate historical playhouse that holds just 1,700. Aaron began that show to a very well behaved audience, finally introducing Ben to the crowd in an amusing yet risqué manner. Ben opened his set with Aaron’s soon to be released new track called“75”. His playing was methodical; free flowing, comforting and fresh. The intensity in which Ben plays can be seen during the entire show, mostly because he never knows what to expect next. Ben said “it’s typical not going on stage with a set list” and tonight was no different. He admitted to me later that tonight he had to learn a new song on the fly; this was not the first time and probably won’t be his last.

When the show was over, the buzz from the concert was still percolating in the air. Ben dropped me a text for me to come on over, and feeling somewhat nervous, I approached. Those feelings of anxiety quickly changed into a feeling of finding an old friend; he was warm hearted, gracious and kind. He welcomed me into his world with open arms, and Ben’s kind demeanor was shared with many of his approaching fans. His personality was shining as he told the fan “I hope I didn’t countryfie it too much with my playing” which the fan replied “not a chance”.  Ben spoke about the difference of the many fans and various venues in which he’s played as well as the upcoming summer tour schedule.  He has seen many interesting things on the road and was eager to get started to the next location. The trucks were loaded, the bus was getting packed, and the fans all went away. Ben stood ready to drive off to the next location; fortunately this time he will be in the back of the bus, off to Kansas, another 1,500 miles on the road.  Once the shows with Aaron end he’ll be driving for Stephen Stills, something that Ben Kitterman can handle with style and grace. His musical talents will carry him to places the bus cannot, I know I’ll be looking forward to watching his career blossom.