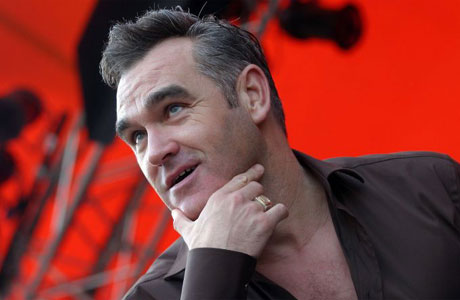 2008 is set to be a wild and busy year for, the English icon [tag]Morrissey[/tag], as he recently revealed some pretty impressive plans for the forthcoming year. Among others, the Mozz wants to release two records and tour the world (again).

Speaking to Billboard yesterday, his manager  Merck Mercuriadis said that his top client will soon announce the label under which his ninth solo studio effort will be released. In a interview with BBC, a month back Morrisay said: “The plan is to make a new album after this tour. It’s absolutely written and completely ready.” He also estimated the album will be released sometime in September 2008. And that’s not all, a greatest hits collection with two new songs is also on tap for 2008.

In June 2006, Morrissey embarked on a massive world tour, called the “Ringleader” tour, that saw the artist travel around the globe and back; taking the show “to the people instead of having the people come to us” as Moz likes to put it. Apparently he loves singing to his fans and plans to set out at another world tour at the beginning of the next year. Although official dates haven’t yet been released, Mercuriandis said that touring will debut in January, after which they’ll take a well deserved break, before packing up again in March.

“He loves to play off the beaten track,” Mercuriadis says. “Playing Merrillville, Ind., is at least as important to him as playing the major markets. It’s also what allows him to continue going for 18 months. Everything is a fresh experience.”

If you find the face to face encounter with your favorite rock star unbearably distant, you can still catch him live in his few remainder November dates, from the Ringleader tour.

*Opening every single night will be Kristeen Young