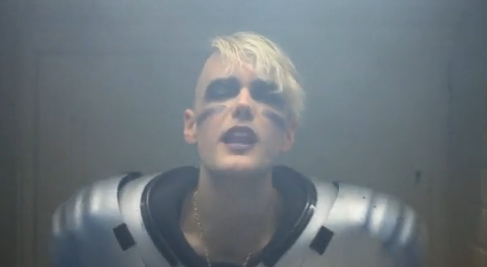 First off, I’m not really sure why I’m going ’bout posting this kind of crap, but here goes nothing. John O’Regan, known on the indie scene under his Diamond Rings moniker,  is a Toronto based maxx pop artist who’s been turning some heads locally with a few 7″s and gigs, and is now prepping for his full length debut “Special Affections”, allegedly slated for a fall release. This morning, O’Regan’s video for his latest single “Show Me Your Stuff” came to my attention why I first saw it on the MBV Music blog, leaving me with a distinctly sour taste. I’m not the one to bitch , but really…

Get it now? Here’s something a lot better. I give you “Show Me Your Genitals.”