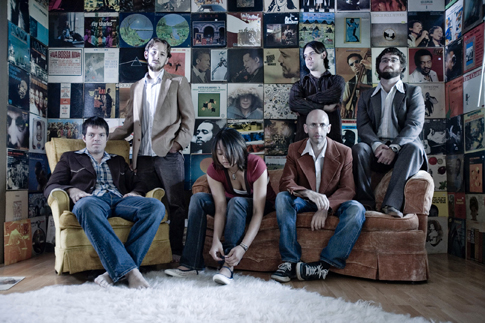 I just recently came across a really interesting Florida based indie band, going by the name of The Oaks. It was founded by drummer Matthew Antolick and guitarist/songwriter Ryan Costello. The later has been living a, some may say, thrilling and risky life in the past years, after he sold everything he owned and moved to Afghanistan for the next two years (this was from 2003-2005), where he thought agricultural techniques and directly participating in food distributions. Upon his return to the USA, he vowed to get the word out about the need of the Afghan people; thus he formed OaKs with Ryan and through their music they’ve managed, or at least try, to open some eyes and minds. 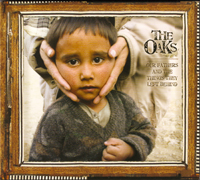 In this spirit the duo tried to convey their thoughts and emotions into “Our Fathers and the Things They Left Behind,” their first full length CD. Our Fathers… proved they were fine musicians through their tender vocals, percussions and fine riffage, add that to their extremely mature lyrics and songwriting and you’ll find their short term success more then worthy. As a act of further solidarity with the Afghan people, Matt and Ryan donated 50% of the their album sales, granting them a feature in Past Magazine‘s cover story ”Can Rock Save the World,” alongside such activist musicians as Bono, Peter Gabriel, and Steve Earle. Bellow you can find three of the most representative songs from the extremely lush “Our Fathers and the Things They Left Behind.”

ecently OaKs have turn into a six piece, by conscripting Greg Willson on guitar and saxophone, Tim Cocking on keys and trumpet, Jeremy Siegel on bass guitars, mandolin and trombone, and Melissa Reyes on backing vocals, bells and assorted instruments, thus bringing the band’s compositions to a whole new level. At present day, the band is busy in the studios, recording a follow up to Our Fathers…. The upcoming LP is said to be released some time in April 2008; a long wait indeed, but till then have a glimpse at the photos taken by Ryan Costello in Afghanistan at www.ryancostello.com. Hopefully it will change the perception some of you have upon the Afghani people and the gruesome war, that has been ravaging their homelands. First and foremost they are people and OaKs do well to tell their story.