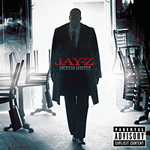 In 1996 [tag]Jay-Z[/tag] came out with a gem called Reasonable Doubt. Tales of hustling, drugs, and money were on the surface of this classic album. Looking deeper you hear tales of infidelity, and sever paranoia. Since then enthusiast have begged Jay-Z to go back to his original way of thinking. Because of his fame, fortune, and maturity Jay-Z has never needed or wanted to return to a lifestyle of hustling and drugs. But thanks to a movie depicting the life of Frank Lucas, Jay-Z has become inspired to propelled back into his old mind state with a concept album we call “American Gangster” (Island Def Jam, Roc-A-Fella).

This concept album tells a tale of the rise and fall of an American Gangster, and although watching the movie by the same name could help, Jay-Z paints such a beautiful picture that all you need to do is close your eyes and let Jay-Z do what he does. And what Jay-Z does is what most recent hip hop albums have all failed to do; provide a clear and focused product that puts you into the spotlight from start to finish. With no oddly placed club joints, and no experimental production, Jay-Z places pretty much each track in its perfect place, like a completed puzzle, as he chronicles the life of a hustler. Mediocrity.

Even starting with the dream-like introduction Jay puts you in the driver seat as “Pray ” comes in and shows the less than humble beginnings of a man becoming a hustler in the 70s, and asking for his family to pray for him as he is introduced to the life of a gangster. “American Dreamin’” follows with Jay-Z continuing the story of the rising hustler, as the late Marvin Gaye’s voice soulfully dominates this beautifully choreographed ensemble. Next, “Hello Brooklyn 2.0” appears with a dominating bass that falls flat on its face. This is what seems to be another forced Lil’ Wayne collaboration – surprising to see Jay-Z pull one of these — as neither seem to be passionate about this track, and add nothing to the bigger story being told. Sounding like a track strait out of Reasonable Doubt, “No Hook” has Jay going in for two minutes as he gives no apology for what he has done and seemingly tries to make you understand the mind state that he is in, as he goes back to when he had a choice; to become a rapper or a hustler. In reality we all know he became the rapper Jay-Z, but what if when he was at that fork in the road he went left instead of right. What if he stayed a hustler? This track seems to have him going left as he separates himself from being a rapper and embraces his gangster mentality, “Please don’t compare me to other rappers/ compare me to trappers/ I’m more a Frank Lucas than Ludacris”. The story continues as he reaches his celebrity high in “Roc Boys” as horns blast through the speakers, and Jay-Z boast about his success and fortune over a large and lavish dinner. What I call part one has now ended and the direction of the album changes bringing a darker, ominous tone.

Sweet places you in a 70s pimp movie as Jay-Z continues to boast about his financial success and begins to show signs of paranoia as he tries to convince us, as well as himself that what he is doing is worth all the trouble he is going through. The “movie” then switches perspectives, as we are placed into the perspective of a drug addict and customer of this American Gangster as they deal with their addiction, and eventually realizes that their life is breaks their habit. This track is special because it is told from the perspective of the drug itself, as it convinces the addict that it is there to help them, and when the addict begins to rehabilitate, the drug begs to be used. “Party Life” then comes in as Jay-Z talks to a woman and oozes with swagger. Smoothly saying lines like “Your boys off the wall/ these other niggas is Tito” – think about it — Jay-Z shows how sick he is with the females over the soulful, smooth and beautifully fitting beat, making a lot of dudes have to step their game up.

“Ignorant Shit”, a track originally for The Black Album, seems out of place and old. By no means is it a bad track – its actually one of my favorite Jay-Z joints — but having been heard on its fare share of mixtapes, and having absolutely nothing to do with the album, why not put it as a bonus track. “Say Hello” then comes in as the American Gangster comments on the critics who condemn him as a bad guy. Through this track you can see him begin to show weakness, and irritation. Success then shows the gangster frustrated and paranoia as he curses his success and demands respect. This is played beautifully as he makes numerous death threats to anyone who asks him for anything. Pissed off and wishing to go back to the simple life when he was poor, Jay-Z completely decimates this track as he shows the Gangster’s stress, regret, and reality of his life. Just when you think it’s over though Nas is called in as he lyrically slaughters this organ rich track and plays the rival of the Gangster.

The finally then comes in as Fallin’ shows the inevitable fall of the American Gangster as he looses everything, and sees as the new generation takes his place. The bonus track “Blue Magic” is put in as the next generation begins to start their hustle directly after the former American Gangster has fallen. American Gangster rounds out the album as Jay-Z completely annihilates this Just Blaze produced track, and delivers the one of the most energetic flows we’ve seen in Jay – as only Just Blaze can do this of course.

American Gangster can be considered as a return to his Reasonable doubt roots, but it’s much more than that. It is a cohesive and involving story that grips you from begging to end like no other album has done in recent years. Jay-Z has crafted a movie, and while there are some parts that could have been left out, and some production that could have been altered, it’s not about that. It’s about the experience that will have you coming back, as lyrically Jay is at his best. He shows all the “gangster rappers” and “trappers” how it should be done, and puts himself on a higher pedestal as a vet in hip hop, and shows he can do whatever he wants to do and does it well. Hats off Jay-Z, Superman is alive.