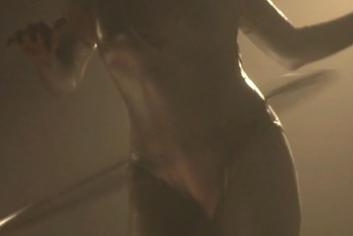 Next week will see Beach House release one of our most anticipated releases of 2010, their third studio album, “Teen Dream“, via Sub-Pop. It’s an album I’ve been bugging everyone with for the past few weeks (seriously, I’ve been mistaken with the band’s PR on some occasions), with every chance I get. Today, it’s the duo’s latest video for Silver Soul, twhich was directed by the band’s frontwomen Victoria Legrand herself and features abstract lighting, silver painted hula-dancing women and curse words. Bunch of nonsense, in a nutshell, but the music more than makes up for my lack of sympathy for Victoria’s film making. I’m sure she’ll come around, though, seeing how every track off Teen Dream allegedly will have a music video of its own, packed in a DVD that sells with the CD (another reason to buy it).