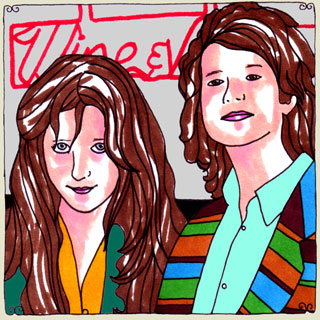 “Welcome to the magical world of Daytrotter! This is Beach House.”

This how Victoria Legrand of Baltimore’s equally magical duo introduced the band’s Daytrotter set, in which they played Walk In The Park, Zebra, Take Care, Used To Be, all off Beach House‘s recently released new album “Teen Dream.”

You can download and stream the whole set bellow or, alternatively, on the Daytrotter website, where you’ll also be able to read a very well articulated editorial on the band’s music.