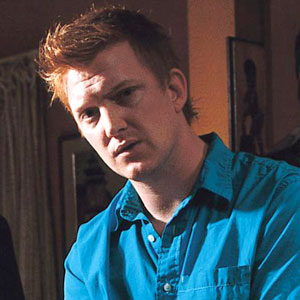 The current QOTSA lineup is in top notch form and eager to record a new LP, according to it’s frontman Josh Homme.

“The other night we were up ’til six in the morning, all of us playing guitar,” Homme says of a roster that includes multi-instrumentalist Troy Van Leeuwen and drummer Joey Castillo, who joined in 2002, and new members bassist Michael Shuman (Wires On Fire) and utility man Dean Fertita (the Raconteurs, the Waxwings).

“Queens sounds better than it ever has live,” Homme continues, “but we’re trying to figure out how to tour and how to (write and record), ’cause I think for everyone right now the idea of creating something is even more enticing than going on the road. This lineup feels like we could basically blow through a whole record quick.”

Josh also said that before considering hitting the studios, he would like to release a ” an EP or two,” he actually tried to release a  outtakes EP from the new “Era Vulgaris” sessions, but his label Interscope didn’t allow him. Hey Josh did you grab the latest [tag]Radiohead[/tag]?

The skilled guitarist also said that he’s also considering releasing a live DVD, picking up where the band left of with the Over The Years And Through The Woods extraordinary DVD, saying “It would be a crime not to.” Also if your familiar with the bands live shows you’d notice that they have a lot of different versions to their songs, songs like No One Knows are famous for turning in 15 minute epic jams with extraordinary guitar soloing; and the band are busy doing just that: coming up with alternate uber versions to their hit songs, in between gigs,  to best display the virtues of the current quintet.

“That way we never get bored and it’s always fresh for us. That gives us the best chance of trying to blow people away, blow their minds. I don’t think we’ve touched the tip of the iceberg of what we’re able to do now. We should really be stretching as far as possible.”

Let’s hope for fast follow up to this year’s Era Vulgaris, till then catch Queens on tour for a live changing experience.