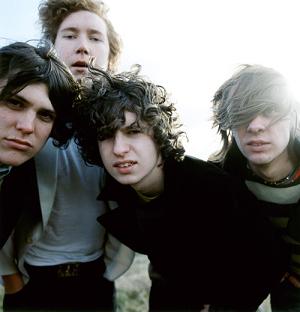 The 4 members of the band The Kooks

The 4 members of the band The Kooks

Never really liked The Kooks, although their music sometimes strikes me as sounding more then decent. Think it’s because I have a certain antipathy for the lead singer, although, again, I have no solid reason for doing so. Guess I just don’t like his face, ha! Anyway, the band’s more then ok, and The Kooks’ sophomore album from this year, “Konk“, has been more the satisfying. I don’t like too many songs from Konk, but Sway was definitely listenable and quite catchy, if I may add. Check out the somewhat emotional, retro black and white video bellow, and as an added bonus for the Kooks fans among our readers we’ve also added a live MP3 version of Always Where I Need To Be, the lead single off Konk.