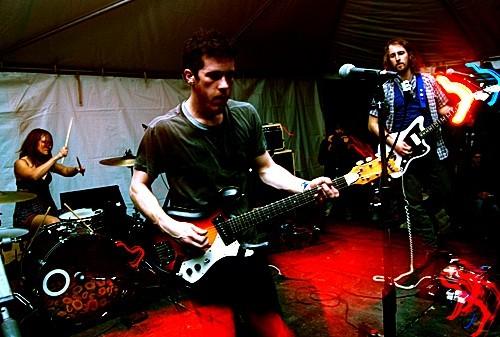 About two years ago, I wrote a bit about an up and coming Brooklyn noir-rock band, called The Vandelles, which terribly impressed me with their merky, lo-fi sound. Back then I said: “Their sound resembles The Jesus and Mary Chain and Danish duo The Ravonettes, but at the same time preserves that uncanny American charm.” Yup, still truer than ever.

The band is releasing its debut album, called “Del Black Aloha,” later this year and from the first SXSW impressions that they’ve put at this year’s festival, it’s gonna be one hell of a ride. Check out a live version of Bad Volcano, off the upcoming Del BLack Aloha.