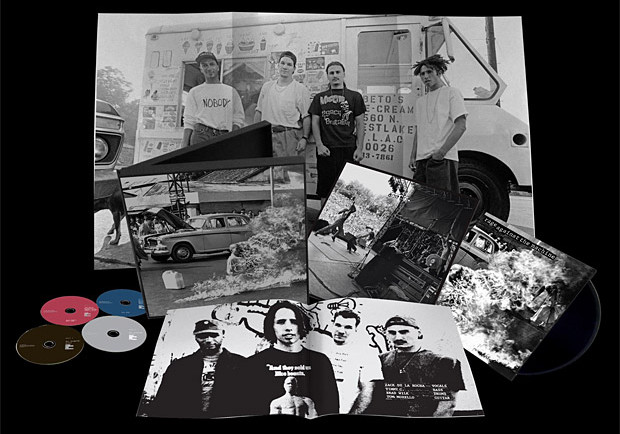 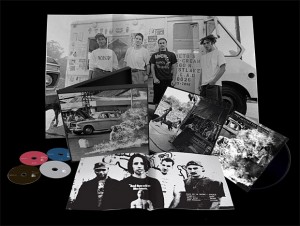 Tom Morello from Rage Against The Machine actually talks about preparing to release a new 20th anniversary reissue of their debut album, and that there are no other plans like releasing or recording a new album.

We are blessed with having perhaps the most passionate fans to ever listen to a bootlegged recording or mosh at a show, so I want to really give them a motherlode of Rage Against the Machine history, past and present

The rumors about such a new recording session started when the bass-guitarist, Tim Commerford answered a question about future plans: ‘definetly maybe‘ – was his answer.

It doesn’t feel like 20 years, but at the same time it’s sobering that it is. There’s no crystal ball that we could’ve looked into when we were writing these songs in 1991 that would have told us we’d be talking about this record over two decades later…And I will say that 20 years later we’re able to take pride in the fact that in the history of rock music there has never been a more popular band with as radical politics as Rage Against The Machine, nor has there been a band with more radical politics than Rage Against The Machine that has been as popular.

The RATM’s 20th Anniversary Deluxe Edition Boxset contains 2 CD’s and 2 DVD’s and one vinyl LP,one bookklet and a poster, and the Special Edition has 2 CD’s and one DVD with 6 tracks. And as if this wasn’t enough there will also be a CD as a single version with 3 bonus tracks.
For all the Rage Against The Machine fans, this new box set is available for pre-order at amazon.com, and is going to be officially released on 27th November, this year. The first CD includes the original debut album and B-sides, and the other one will actually be a copy of the songs from RATM’s demo tape, recorded in 1991.