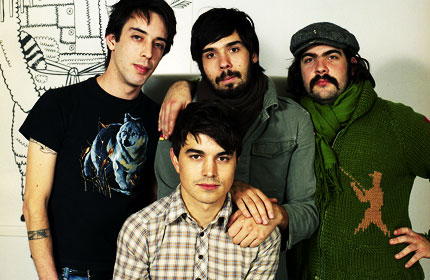 The Canadian quintet [tag]Wolf Parade[/tag] will team up once again for an all American East-West tour, with a few Canadian hometown tours in between their acts. The lads first show in their summer tour will be at, coincidental or not, Wolf Island Festival in Ontario,Canada on August 11th. After this they’ll head straight to Boston, MA for their first US show on their summer schedule on the 18th of August. Their last appearance will be at the Glass House in Pomona, CA on the 15th of September, marking the end of their tour.