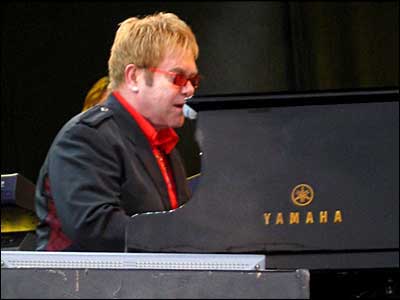 Although the English lord was greeted well by the local people, some protests from behalf of various religious groups where nevertheless present, who tried to boycott the whole event, as they believe Elton John encourages a gay lifestyle. The leader of the Union of Orthodox Ukrainians Orthodox had this to add: “people have no respect to people with untraditional sexual orientation, including Elton John because such people are directly associated with HIV/AIDS”.

The gig ran as planed, with condoms distributed amongst the fans, together with fliers containing AIDS counseling and test info. Ukraine is one of the most AIDS infected country in Europe, 128.4 per 100,000 individuals infected.