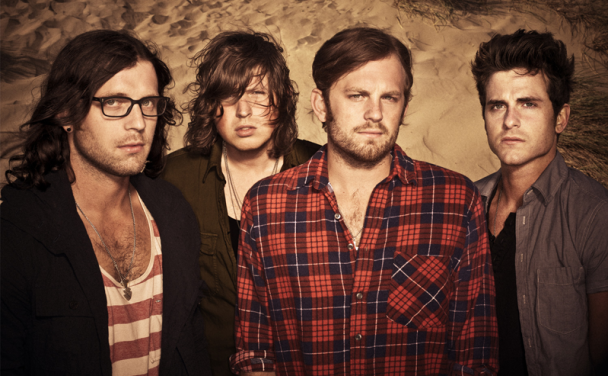 Usually, we get guitar driven songs covered by electronic/pop artists, so it’s really nice to see it go the other way around.

The Nashville band recorded their take on the electronic pop track from Robyn’s 2010 single ‘Dancing On My Own’. The song was actually recorded today, September 10, for BBC Radio 1 Live Lounge.

Kings Of Leon will release their sixth album, ‘Mechanical Bull’, on September 24, an album which is more “complicated” and “youthful” than initially planned:

“I thought we were going to make a really mature album but I’m amazed how youthful it sounds.”, said bassist Jared Followill.

Interesting trivia about Kings of Leon – they’re considering dropping ‘Sex on Fire’ from their live acts, due to the large number of fans who came to concerts just for this song, and left after it was played.