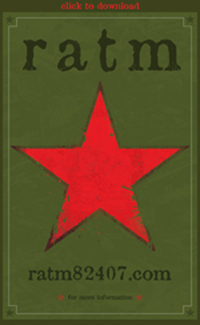 In a previous post we discussed about the strange 2 countdowns that appeared on the Rage Against The Machine website, well the mystery is revealed ! In a wikipedia update we can see that if a user forwards his pc’s internal clock to the respective dates ( June 11 or August 24 ) the webpage’s secretes are revealed! Neet, right ?

“The website is registered to Live Nation Worldwide, Inc. Live Nation owns Alpine Valley Music Theatre, in East Troy Wisconsin. By turning your PC clock forward to June 11 the website reveals that RATM will be playing a show there when the second countdown ends on August 24, 2007.”